Flows from its major supplier, Norway, have dropped due to outages 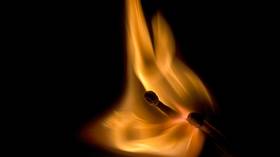 British wholesale gas prices rose on Monday due to a reduction in shipments from Norway after the major supplier suffered unplanned outages at its giant natural gas field.

Norwegian flows via the Langeled pipeline have fallen to 38 million cubic meters (mcm) per day due to outages, Reuters data showed. There was an unplanned outage at the Troll field, which is impacting 17 mcm/day of flows. Smaller disruptions have also been reported at several other Norwegian facilities.

Norwegian gas system manager Gassco said on Sunday that the nation’s Hammerfest LNG plant is expected to restart on May 27, four days later than previously planned.

The UK depends on imports to cover its energy demand. Norway is the single biggest supplier of gas to the country, covering over 60% of its total demand.

The Norwegian outages occur at a time of market concerns over Russian gas supplies to Europe, as bills are due for payment by the end of the month. At the weekend, Russia’s Gazprom halted gas exports to Finland after it refused to pay for the supply in rubles, making it the third European country to be cut off from Russian gas.