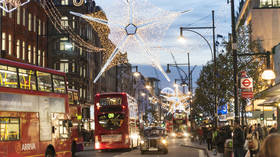 According to a monthly snapshot of spending by Barclaycard, which accounts for half of debit and credit card transactions, 50% of consumers were planning to tighten their belts this Christmas, cutting back on presents, food and drink, and socializing.

“Rising petrol and supermarket costs continue to bite, but Brits are spending less on energy bills as government support kicks in and people find ways to economize at home,” Esme Harwood, a director at Barclaycard, said. “Consumers continue to swap big nights out for cozy evenings in as they reduce their discretionary spending, while health and beauty, and home improvements enjoy a little boost.”

The study found that two in three consumers (66%) were finding ways to save energy at home to reduce the cost of their gas and electricity. Many of those were wearing more layers at home (63%), while 56% were avoiding the use of central heating unless absolutely necessary.

One in five (20%) bought an electric blanket or hot-water bottle, and almost a quarter (23%) were buying or already using an air fryer to help reduce the cost of cooking. 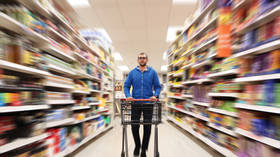 Another survey by the British Retail Consortium (BRC) shows that spending at major stores in October was 1.6% higher than a year earlier, slowing from 2.2% in September and representing a big drop in the volume of purchases once inflation was taken into account.

“Christmas will come later than last year for many and there may be more gloom than glitter as families focus on making ends meet, particularly as mortgage payments rise,” BRC Chief Executive Helen Dickinson said.

The BRC survey found that spending on food in the three months to October soared by 5.1% compared with a year earlier, while non-food spending dropped by 1.2%.

“With the festive season around the corner, we’re likely to see further cutbacks, as Brits rein in their Christmas spending. Consumers are adopting a restrained approach to festivities, reaching for pre-loved gifts and setting spending limits to manage their costs during this traditionally expensive time of year,” Harwood explained.