The finance minister says a recession is now unavoidable, and the government can only make it “shorter and shallower” 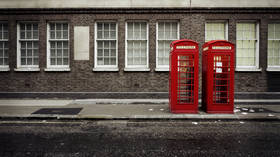 The UK economy is sinking into a recession due to Russia’s actions in Ukraine, Britain’s finance minister Jeremy Hunt claimed in an interview with the Sunday Times newspaper.

“Stability is what has been missing – mainly thanks to Putin’s invasion of Ukraine. This is a ‘made in Russia’ recession and we need to restore that stability as the first step to growth,” Hunt said.

The cabinet minister believes a recession is now unavoidable, after the economy contracted by 0.2% in the third quarter, with a further shrinking expected due to inflation. Recession is traditionally defined as two consecutive quarters of GDP decline. Last week the Bank of England predicted that the UK could be stuck in a recession for two years.

Hunt is not alone in blaming Russia for global and local crises. Russian President Vladimir Putin, commenting earlier on similar statements voiced by Washington, said Western countries are using the Russia-Ukraine conflict as a “lifeline” that allows them to “blame their own miscalculations on others, in this case Russia,” but that Moscow has “absolutely nothing to do with it.”

An unprecedented number of economic restrictions have been imposed on Russia since the start of its military offensive in late February. Moscow has described the measures as backfiring on the on the West, causing soaring inflation due to the rise in energy prices as a result of oil and gas restrictions. In the UK, for instance, inflation is forecast to reach a 40-year high of about 11% this quarter.

Chancellor Jeremy Hunt is due to make his first fiscal statement as finance chief next week, where he will present measures intended to stabilize the UK economy. They will reportedly include large spending cuts, new taxes, and hikes of existing taxes.

“The number one thing that I can do is help the Bank of England bring down inflation. Because the things… destabilizing the economy are businesses worried about whether it’s wise to invest and families wondering whether it’s wise to spend… It’s very likely… the question is not really whether we’re in recession, but what we can do to make it shorter and shallower,” Hunt said.