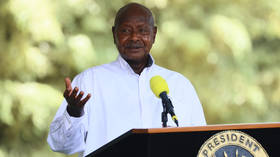 Uganda is seeking closer cooperation with Russia and refuses to fight “other people’s enemies,” the country’s leader, Yoweri Museveni, said during a joint press conference with Russian Foreign Minister Sergey Lavrov in the city of Entebbe on Tuesday.

The African leader noted that Russia, and the Soviet Union before it, have supported Uganda and the African anti-colonial movement for over a hundred years and have never caused the country any harm.

He also insisted that he didn’t understand the calls for Africa to “automatically” take an anti-Russian stance, noting that Uganda can’t turn against countries that have never caused it any harm, especially considering it has even forgiven its colonial oppressors of the past and now works with them as well.

The joint press conference was held amid Russian Foreign Minister Sergey Lavrov’s diplomatic tour of Africa and marked the first time a top Russian official has ever visited Uganda.

On Sunday, Lavrov met with his counterpart in Egypt, where it was revealed that a group of Western ambassadors from the US, France, Germany, the UK, and the EU had warned Egyptian officials against taking joint pictures with Russia’s top diplomat. 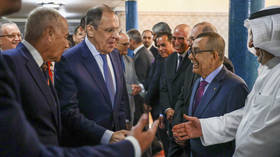 When Museveni was asked if he had received similar warnings, he joked that no one was “so stupid” as to ask him such a thing, noting that his position has always been clear, that he is not “pro-east” or “pro-west”, but “pro-himself.”

The Ugandan leader went on to outline the strategy of the African Freedom movement, explaining that countries that are “progressive forces that aim to improve the condition of man irrespective of social systems” will always be welcomed.

Museveni provided the examples of China and Saudi Arabia, who do not share the same social system as Uganda, but are nevertheless successfully improving living conditions in their respective countries.

“We welcome [these countries] because they are handling the aspect of oppression of man by nature, mitigating the suffering of man at the hands of nature, controlling floods, disease and so on,” said the president, noting that, if one country made progress, it was a benefit to other nations.

“This is the correct understanding of progress for the whole human race,” he surmised.

The Ugandan leader went on to state that when there was progress and stability in Russia, it was a benefit to Uganda as well, since it allowed more trade and cooperation with Russia in various areas.

“This is what we are looking for. Win-win cooperation for everybody in the world,” Museveni surmised, adding that he rejects the idea of rivalry between countries, stating that it is not part of the African Liberation Movement’s strategy.