The 2023 UEFA Super Cup is set to be held as planned in Kazan, according to Vladimir Leonov 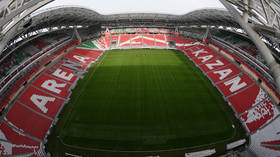 Tatarstan Sports Minister Vladimir Leonov says that he fully expects Kazan to continue in its role as the host venue for the 2023 European Super Cup despite speculation that UEFA could opt to move the showpiece fixture in the wake of the Russian military operation in Ukraine.

The ongoing campaign within Russia's neighbor has led to a wave of condemnation from the sports world as various federations opted to impose sanctions on Russia and its athletes in the wake of the operation, which began in late February.

St. Petersburg was subsequently stripped of its hosting rights for the 2022 UEFA Champions League final, with the glamor fixture instead being handed to Paris, while the Russian men's national team have effectively been barred from competing in this year's FIFA World Cup in Qatar.

Various other bans and suspensions have been imposed in several sports, such as Russian and Belarusian tennis players being excluded from this summer's Grand Slam event at Wimbledon. 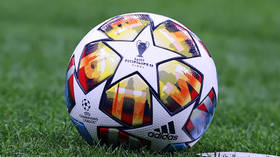 But according to local Sports Minister Leonov, there have been no formal or informal moves by UEFA of anyone else to move the game from the Russian city.

“It's on the calendar,” Leonov told Match TV when probed by the media.

“There were no official or unofficial statements in this regard. We continue to prepare for it. We do not see anything so complicated from the point of view of organization.”

With the match still 16 months away from kick-off, it is possible that UEFA may reserve the right to move the fixture outside of Russian territory but for now, Leonov appears confident that no such moves are yet being considered in the European football corridors of power.

“According to the application that was submitted, everything corresponds to the regulations – for accommodation, logistics, facility,” he said.

“Let's see how the situation will develop – here the issue is logistics, visas. So far, it is on schedule and we have no statements from UEFA.”

The 2021 UEFA Super Cup took place in Belfast, Northern Ireland, and was won by Premier League team Chelsea, who defeated Villarreal on penalties after extra-time.

The 2022 edition of the match is set to be hosted at the Helsinki Olympic Stadium in Finland.