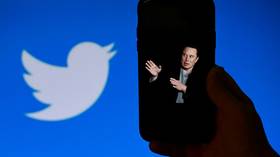 Social media giant Twitter has laid off almost all of its employees in Ghana, its sole African office, citing financial issues, according to multiple news reports. Sources told CNN that all but one of about 20 employees had been let go. The mass firing took place just three days after workers returned to the physical office for the first time since being sent home to work remotely for Covid-19.

Workers arrived at the office in the country’s capital, Accra, on Friday to find they had been locked out of the company computer system and their work email accounts. The termination messages they received in their personal email accounts were addressed generically, without individual names, former employees told CNN.

The brusque tone of the emails took some by surprise, reports claim. “It’s very insulting, from the mail to the lack of next steps to the tone of the letter, just everything,” a former employee told the BBC on Wednesday. 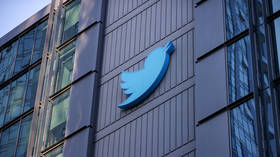 Employees were instructed not to “contact or deal with any customers, clients, authorities, banks, suppliers or other employees of the Company,” according to media outlets who obtained copies of the letter. They were also told to inform Twitter if anyone reached out to them.

The ex-tweeps were ordered to remain available should Twitter need their services again and warned not to begin work with any other company until their last day at Twitter, which was named as December 4. According to the BBC, that requirement violates local labor laws dictating employers must give at least three months’ notice before firing anyone. The fired employees are also allegedly due redundancy pay, which several told the outlet they had not received.

After acquiring Twitter for $44 billion last month, Musk immediately set to work cutting ranks. The world's richest man is concerned that the company is losing $4 million per day, and he plans to ultimately fire some 3,700 members of staff.

Senior executives like CEO Parag Agrawal and legal, policy and safety head Vijaya Gadde, as well as the entire Board of Directors, have already been shown the door, and a handful of fired Twitter employees in the US have already filed a class-action lawsuit, charging they were not given sufficient notice under federal law before they too were locked out of their company accounts last week.

Musk posted a disclaimer of sorts to his Twitter on Wednesday, warning the company would do “lots of dumb things in coming months,” but would reverse the ones that didn’t work.