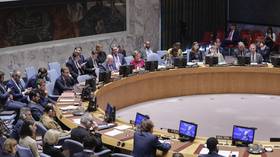 The United Nations and its Security Council should be reformed to better tackle current events, Turkey’s Communications Director Fahrettin Altun said on Tuesday.

“The UN failed to develop concrete solutions to prevent the great humanitarian disasters, particularly in the post-Cold War period, and unfortunately, it could not play an effective role in sustaining peace and security,” Altun said in a video message to a panel in Paris.

He added that the UN was “desperate” to prevent human tragedies in Bosnia-Herzegovina, Rwanda, Syria and Kosovo, but was unsuccessful, and has shown similar “desperation” in Ukraine.

“We are all aware that the United Nations, which was founded to safeguard peace and security, is incapable of meeting the international community's expectations in this regard… In the face of the developments in world politics and the change in power balances in the last 30 years, the organization is no longer able to fulfill its stabilizing function,” he the official claimed. 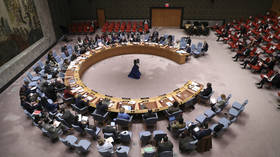 Altun slammed what he called “deadlock” within the UN Security Council, saying the “unfair and non-transparent" structure of the UN body must change, recommending that it become more representative and multicultural.

The UN Security Council is one of the UN’s six main organs, and is principally tasked with ensuring international peace and security.

Altun made his remarks while taking part in a Turkish-backed global panel series aimed at reforming the UN Security Council.

Drobinin said the organization’s current agenda, mainly run by Western countries, does not necessarily represent the interests of most member states.