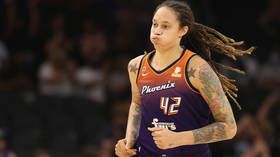 Former US President Donald Trump has weighed in on his successor’s proposed prisoner swap with Russia, arguing that trading a dangerous arms dealer for “potentially spoiled” basketball star Brittney Griner wouldn’t be a good exchange for Washington.

At issue is last week’s proposal by President Joe Biden’s administration to make a trade for Griner and former US Marine Paul Whelan in a deal that would reportedly include Russian arms trafficker Viktor Bout, who is currently serving a 25-year prison sentence in Illinois. Griner was arrested at a Russian airport in February for allegedly trying to smuggle hashish oil into the country, where she plays professional basketball during the WNBA offseason.

“She went in there loaded up with drugs into a hostile territory where they’re very vigilant about drugs,” Trump said on Saturday in a radio interview. “They don’t like drugs, and she got caught. And now we’re supposed to get her out — and she makes, you know, a lot of money, I guess – but we’re supposed to get her out for an absolute killer and one of the biggest arms dealers in the world. [Bout] killed many Americans, killed many people.”

Bout, who is nicknamed the ‘Merchant of Death,’ sold former Soviet weapons that were allegedly used in wars around the world, including Afghanistan, Angola, Congo, and Lebanon. He was charged with conspiring to kill Americans and convicted in 2011 after being extradited from Thailand. 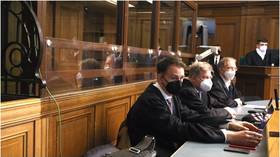 Trump, who made his comments on the ‘Clay Travis & Buck Sexton Show,’ argued that Griner knowingly went into Russia with drugs and admitted her offense. Swapping Bout for Griner “certainly doesn’t seem like a very good trade, does it? He’s absolutely one of the worst in the world, and he’s gonna be given his freedom because a potentially spoiled person goes into Russia loaded up with drugs.”

Mike Pompeo, who served as secretary of state in the Trump administration, also has criticized the proposed prisoner swap. Releasing Bout would create “a real risk” to the US, he said in a Fox News interview. “To offer a trade like this is a dangerous precedent.”

Moscow has reportedly made a counteroffer to the Biden administration, asking that Vadim Krasikov, a Russian national convicted last year of murder in Germany, be included in the prisoner trade. Russia made the request to free Krasikov through “an informal backchannel” used by the FSB security agency, CNN reported on Friday.