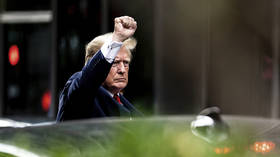 Former US President Donald Trump said on Monday that FBI agents seized his passports during a raid on his home in Florida. Trump, who has condemned the raid as “political persecution,” also told Fox News that the agency could have planted “anything they want” during the search.

In a post to his Truth Social platform on Monday, Trump said that the FBI “stole” his three passports, one of which was expired. “This is an assault on a political opponent at a level never seen before in our country. Third World!,” he stated.

Trump has bitterly condemned the FBI, calling the raid a “hoax” and an example of “political persecution.” Many conservative pundits and Republican lawmakers view the search as an attempt to find evidence and charge Trump in order to prevent him seeking reelection in 2024.

The FBI affidavit on which the search warrant was based remains sealed, and Republican lawmakers have demanded it be made public, to prove that the raid “was not just a fishing expedition.” 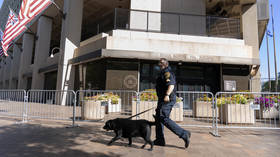 Speaking to Fox News on Monday, Trump said that the FBI “break in and take whatever they want to take,” and that his team at Mar-a-Lago were told to “turn off the camera” and “stand outside” as agents combed the property.

The FBI “could have planted anything they wanted” during this time, Trump claimed.

"People are so angry at what is taking place," Trump continued, saying that he had reached out to the Department of Justice to offer help with the investigation.

"The temperature has to be brought down in the country,” he said. “If it isn’t, terrible things are going to happen. The people of this country are not going to stand for another scam.”

Trump was already investigated by the FBI in the runup to the 2016 election, with the probe later expanding into Special Counsel Robert Mueller’s ‘Russiagate’ investigation. Mueller found no evidence that Trump colluded with Russia to influence the election, and the FBI’s affidavit which it used to obtain a surveillance warrant on Trump’s campaign was found to have been based on a dossier of unverifiable gossip, which the FBI knew all along was uncorroborated.