The US Justice Department could be planning more searches or subpoenas, the newspaper reported 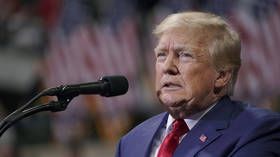 The US Justice Department believes that former President Donald Trump is still holding White House documents, the New York Times (NYT) reported on Thursday. According to the newspaper, the department is weighing plans to retrieve the supposed files.

The newspaper alleged that a top Justice Department official reached out to Trump’s legal team in recent weeks, informing them that officials believe Trump has not returned all the documents he took from the White House at the end of his term. It is unclear what evidence the department has to back up their suspicions.

Scores of armed FBI agents searched Mar-a-Lago in August, claiming that Trump had taken some 15 boxes of classified papers to Florida with him, and that a search of the premises would reveal evidence of obstruction. Trump insists that he declassified everything he took to Mar-a-Lago, and accused the FBI and Justice Department of orchestrating a “witch hunt” against him. 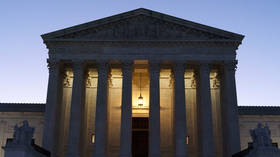 "They are targeting me because they want to silence me, silence you and silence our amazing MAGA movement,” he told a crowd of supporters in Miami, Florida, on Wednesday. Trump is widely believed to be preparing to run for office again in 2024, and has suggested that the Justice Department could be weighing an indictment against him to scupper his campaign.

The NYT alleged that Justice Department officials are now considering how to pursue the supposed outstanding documents, whether by issuing a subpoena, securing another search warrant, or compelling Trump to state under oath that he has already returned everything.

Neither the Justice Department nor Trump’s lawyers have commented on the story. The article is partially credited to Maggie Haberman, a journalist who has claimed since 2021 that Trump mishandled sensitive documents after leaving Washington. Haberman has previously been described by the Hillary Clinton campaign in leaked emails as a “friendly journalist” who had been used to “tee up stories” beneficial to Democrats.