‘Traitors’ collaborating with Russia will be executed – Ukrainian governor 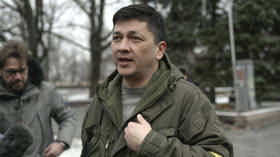 Kim made the comment after the presenter brought up claims made earlier by officials in Kherson, according to which, information about pro-Ukrainian activists, veterans who had fought in the Donbass, as well as journalists living in the city had been leaked to Russian forces.

Kim, in turn, cited the recent killing of a pro-Russian blogger in the city, who was shot dead on April 20, as proof that “Kherson is Ukraine,” and that “there are guerrilla fighters there.”

Moreover, Kim warned that “traitors will be executed,” adding that he is “not afraid of this word.”

The Ukrainian official expressed absolute certainty that “it will be like that.” 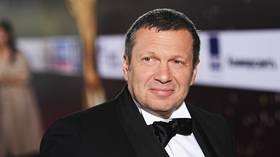 In response, the presenter cited a top Ukrainian official who had previously said that a special force had been established which would be eliminating traitors.

Kim interjected, assuring the anchor that this secret force was in fact already operating. The presenter, in turn, urged everyone listening to the broadcast to keep this fact in mind.

The governor also claimed that Ukraine had developed superior tech and IT capabilities which allowed its special services to track down practically anyone. Kim concluded that “no one will be able to hide from justice.”