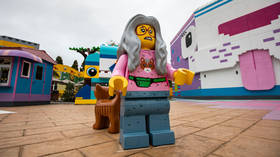 Several certified Lego stores in Russia have suspended their work due to a lack of supplies, Inventive Retail Group, which manages the stores in Russia, told RIA Novosti earlier this week.

“The work of some of our stores is indeed temporarily suspended due to the lack of deliveries of Lego to Russia,” the company’s message stated.

Lego has not officially suspended operations in the country, unlike a number of other brands that left the country in the past three months in connection with Russia’s military operation in Ukraine.

However, in early March, Danish news outlet finans.dk reported that the toy maker had stopped all deliveries of its products to Russian stores “in light of [Ukraine-related anti-Russia] sanctions and the unpredictable situation,” citing a Lego spokesperson.

Russia is one of Lego’s largest sales markets, with 81 stores across the country. Some stores continue to operate, but the prices have been raised.