The US is maintaining communication channels with Russia in an effort to reduce nuclear risks, the national security advisor said 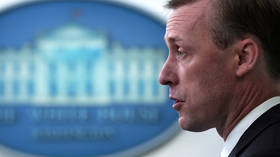 US officials are keeping lines of communication open with high-level Russian counterparts to avert the risk of a possible nuclear conflict, National Security Advisor Jake Sullivan said on Monday.

The Wall Street Journal earlier reported that Sullivan had been engaged in behind-the-scenes contacts with senior Russian officials, seeking to reduce the danger of a broader conflict over Ukraine.

Speaking at an event hosted by the Council on Foreign Relations, a non-partisan US think tank, Sullivan was asked to comment on the issue. He said US President Joe Biden’s administration has had “the opportunity to engage at senior levels with the Russians to communicate, to reduce risks” and to “to convey the consequences of a potential use of nuclear weapons”.

Sullivan declined to give further details on the lines of communications, but acknowledged the high stakes facing the US, due to the Ukraine conflict. 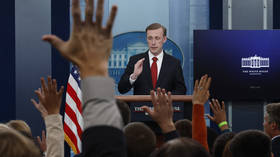 “As President Biden himself said, the risk of the use of nuclear weapons can set off a chain reaction that everybody can use their imagination to see where it leads,” he stressed, adding that Washington has to be “straightforward and direct” about this danger.

President Vladimir Putin recently vowed to use “all the means available to us” to defend Russia’s people and territory. However, in late October, he clarified that Russia does not need to conduct a nuclear strike, as it would make no political or military sense.
According to Putin, “the goal of the current fuss around such threats and the potential use of nuclear weapons” is to convince Russia’s friends or neutral states that “they all need to confront Russia collectively”.

The Wall Street Journal’s report on Sunday cited US and allied officials as saying Sullivan had been in touch with top Russian officials “to guard against the risk of escalation and keep communications channels open.” Kremlin Press Secretary Dmitry Peskov later said Russia had nothing to say about the report, adding that “Anglo-Saxon newspapers release a lot of hoax stories.”