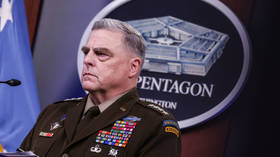 America’s top general is sounding an alarm over the Chinese military, saying it has become increasingly aggressive in encounters with other military forces operating in the Asia-Pacific region, making itself a greater threat to the US and its allies.

“The message is, the Chinese military, in the air and at sea, have become significantly more and noticeably more aggressive in this particular region,” US Army General Mark Milley, chairman of the Joint Chiefs of Staff, said on Sunday during a visit to Indonesia.

Intercepts of US and allied aircraft and ships by Chinese forces have increased significantly over the past five years, Milley said. The number of such interactions deemed “unsafe” by the Pentagon has escalated similarly. The general recently ordered his staff to compile a report detailing interactions between Chinese forces and the US and its allies in the region. 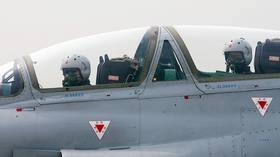 In one such incident just last month, a Chinese J-16 jet pilot allegedly endangered the crew of an Australian surveillance plane in international airspace over the South China Sea. The pilot allegedly cut in front of the plane and released a bundle of chaff containing small pieces of aluminum, some of which were sucked into the engine of the Australian aircraft.

US officials have increasingly raised concerns over China’s military and foreign policy, including its refusal to join in sanctioning Russia over the Ukraine crisis. Just last month, US Air Force Major General lamented that Beijing is building its arsenal of weapons five to six times faster than Washington and is doing so at a dramatically lower cost. He argued that China’s geopolitical ambitions are “an existential threat to our way of life, to the freedoms that our kids may or may not enjoy.”

Beijing has pushed back. Chinese Foreign Ministry spokesman Zhao Lijian told reporters last week that the US instigated the Russia-Ukraine conflict. Chinese officials also have accused Washington of raising tensions in Asia-Pacific, including meddling with Taiwan, which Beijing considers a breakaway province. 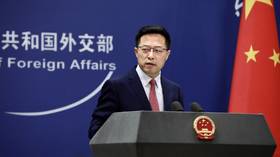 Chinese officials reportedly warned President Joe Biden’s administration of a possible military response if US House Speaker Nancy Pelosi (D-California) goes through with a planned visit to Taiwan next month.

Milley made his stop in Indonesia as part of a trip through the Asia-Pacific region, culminating with a meeting of defense chiefs later this week in Sydney. Among the concerns likely to be discussed is China’s new security agreement with the Solomon Islands, which was signed in April. The US and Australia have fretted that China may try to build a military base in the Solomon Islands.

“This is an area in which China is trying to do outreach for their own purposes. And again, this is concerning because China is not doing it just for benign reasons,” the Associated Press quoted Milley as telling reporters who are traveling with him on his Asia trip. “They’re trying to expand their influence throughout the region. And that has potential consequences that are not necessarily favorable to our allies and partners in the region."