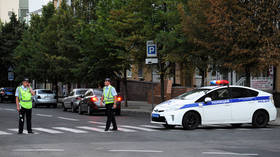 Taking to Telegram on Saturday, the republic’s interior ministry posted a message, according to which the assassination attempt had occurred late on Friday in the city of Uglegorsk.

The man is said to have sustained multiple gunshot wounds and is currently in critical condition.

“Doctors are fighting for his life,” the post reads.

The authorities also reassured the public that they are working to identify and locate the suspects. 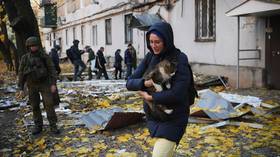 The DPR formed back in 2014 following the Maidan Coup, when a group of local residents in Ukraine’s Donetsk region refused to recognize the new government in Kiev. Ukrainian authorities deployed the military to clamp down on the secessionist movement, which resulted in a bloody conflict and the republic’s subsequent de facto independence.

The latter was recognized officially by Russia on February 21, days before the Kremlin launched its military campaign against Ukraine.

In late September the DPR, along with the Lugansk People’s Republic (LPR) and parts of Ukraine’s Kherson and Zaporozhye regions, held referendums in which the majority of voters in each supported their region’s accession to the Russian Federation.

On September 30, Russian President Vladimir Putin held a ceremony during which all four territories were officially recognized as new Russian regions – a decision ratified by the country’s constitutional court days later.

Over the past few months, there have been numerous assassination attempts on pro-Russian officials in all four territories, particularly in Kherson and Zaporozhye regions. These attacks, which have seen assailants use both firearms and explosive devices, have resulted in multiple members of regional authorities being killed or injured.

Russia alleges Ukrainian secret services are behind the assassinations and attempted hits, and accuses Kiev of using terrorist tactics.

The government in Kiev has never officially claimed responsibility for the attacks on officials.