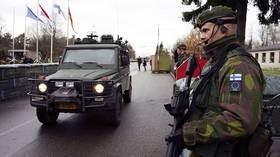 Speaker of Parliament Matti Vanhanen, a former prime minister, made his comments in an interview with Finnish public broadcaster Yle on Saturday, responding to claims by Turkish President Recep Tayyip Erdogan that NATO applicants Finland and Sweden have harbored people linked to the Kurdistan Workers’ Party, or PKK, who Ankara considers “terrorists.” Erdogan earlier this week said he would veto the two Nordic countries’ NATO bids – unanimous consent is required for the military alliance to accept new members – at least partly because they have refused to extradite PKK “terrorists” to Turkey.

“On the points concerning our rule of law, Turkey must realize that we cannot agree to [change them] politically,” Vanhanen said. “Innocent people are not extradited to another country, especially if there is a risk that they will be imprisoned or sentenced without justification.” 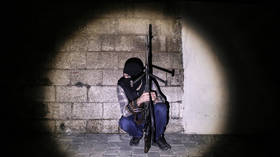 Turkish and Finnish leaders were reportedly scheduled to hold talks on Saturday. In addition to its concerns about PKK members, Ankara has demanded that Finland and Sweden extradite people linked to FETO, a group supporting opposition cleric Fethullah Gulen.

Erdogan has also pressed for the two countries to lift restrictions on arms exports to Turkey, and for Ankara to be readmitted to the F-35 fighter jet program, from which it was expelled in 2019 over its purchase of Russian S-400 surface-to-air missiles. He’s gone so far as to accuse Sweden of arming Kurdish militias with weapons that have been used against Turkish troops.

Despite the fact that Erdogan has spoken more harshly about Sweden, Vanhanen said Finland will remain united with Stockholm on the accession process, even if it might have an easier path to approval on a standalone basis. “The bond between Finland and Sweden is strong,” he said. “We certainly won’t break it. We don’t abandon our partners.” 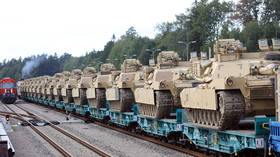 The two-time presidential candidate told Yle that he’s certain Finland will be admitted to NATO, and “time will tell” how long the process will take. As for issues other than extradition demands, Vanhanen said, “We must find out what exactly Turkey expects.” He added that talks with Ankara would reveal how much the controversy is specifically about Finland and Sweden rather than “something within NATO.”

Finland, which shares a 1,340km (832-mile) land border with Russia and fought a war against the Soviet Union in 1939, has maintained its military neutrality since the end of World War II. Sweden has remained militarily neutral since 1814, a generation after the last of its costly battles with Russia. Residents of both countries have historically opposed joining NATO, but public opinion shifted sharply after Russia launched its military operation against Ukraine in February.

Rather than reaping an expected peace dividend after the Cold War ended in 1991, NATO extended its reach right up to Russia’s borders, breaking promises regarding its eastward expansion. The bloc has added 14 new members since 1999, and Ukraine and another former Soviet republic, Georgia, have sought NATO membership.