Home Iz minuta u minut The ‘garden versus jungle’ worldview of the EU’s top diplomat is not...

The ‘garden versus jungle’ worldview of the EU’s top diplomat is not only racist, it’s delusional

Josep Borrell’s neocolonial comparison fails to notice the West’s decline, caused by elites like him

Graham Hryce is an Australian journalist and former media lawyer, whose work has been published in The Australian, the Sydney Morning Herald, the Age, the Sunday Mail, the Spectator and Quadrant.

Graham Hryce is an Australian journalist and former media lawyer, whose work has been published in The Australian, the Sydney Morning Herald, the Age, the Sunday Mail, the Spectator and Quadrant. 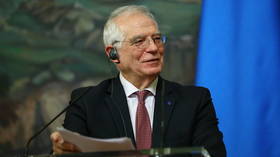 Being amongst fellow members of the global elites, Borrell felt able to set out his views on the relationship between Europe and the West and other nations with an unusual degree of honesty and candour.

“Europe is a garden” declared Borrell. “We have built a garden. Everything works. It is the best combination of political freedom, economic prosperity and social cohesion that the humankind has been able to build – the three things together.”

How then was this unwelcome prospect to be avoided?

The solution was simple, according to Borrell – EU ambassadors, who he designated as “gardeners,” had to “go to the jungle” and impose on it the ideological, political, and economic agendas of the globalised West.

The “garden” could not sit by idly and do nothing, cautioned Borrell. “A nice small garden surrounded by high walls in order to prevent the jungle from coming in is not going to be a solution. Because the jungle has a strong growth capacity, the wall will never be high enough in order to protect the garden,” Borrell explained.

Borrell’s speech was immediately criticised by a few left-wing politicians in Europe, as well as some non-European states, most notably the UAE, on the grounds that it was “racist” and “rooted in colonialism.”

Those criticisms are valid as far as they go, and Borrell grudgingly offered an apology of sorts – saying “I am sorry if some have felt offended.” Nevertheless, he stood by his basic metaphor, reiterating that “Regrettably, the world in which we live today looks more and more like a ‘jungle’ and less and less like a ‘garden’.” 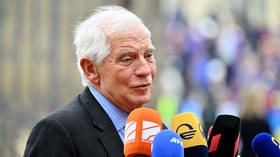 But much more serious criticisms can be legitimately levelled at Borrell’s crass worldview – censures that go well beyond the obvious fact that it simply reeks of nineteenth century Euro-centric prejudices.

First, let us start with Borrell’s extraordinary Pollyanna-like assertion that in Europe and the West “everything works” and that the “garden” nations are havens of political, economic, and social stability.

This pronouncement will no doubt have come as a surprise to many citizens in Europe and the West.

Has Borrell not noticed the recent rise of powerful right-wing political movements in a number of European countries? Is he not aware of the recent election results in Italy and Sweden?

Have Borrell’s advisors not informed him of the political instability that has engulfed the United Kingdom in recent months, let alone the crisis in democracy that has crippled the United States for the past two years?

Has Borrell not noticed the dramatic recent rise in energy prices; rising inflation; rising interest rates; long-term wage stagnation; and the looming economic recession that is predicted to engulf many Western nations in the near future? Has Borrell not seen the tens of thousands of demonstrators marching in European capital cities in recent months? Is he unaware of the effects that EU austerity programs have had in many of the bloc’s member nations in recent years?

Does Borrell really believe that the “garden” nations will sail through the upcoming European winter unscathed?

Has Borrell never heard of the so-called ‘culture wars’? Has he not noticed the collapse of liberal institutions and values throughout the West in recent decades? Has the immigration crisis that has bedevilled Europe in recent years, and has recently engulfed the United Kingdom, not yet been brought to his attention?

Borrell, of course, pointedly fails to mention that all of the problems listed above have been severely exacerbated by the ongoing conflict in Ukraine.

In fact, Borrell does not seem to appreciate that the increasing political and economic instability within the “garden” nations makes it increasingly difficult – if not impossible – for them to pursue his misguided foreign policy agenda.

Obviously, the view from Bruges differs from that from, say, Athens.

Second, let us examine Borrell’s prescription for exporting Western “stability” to the “jungle” states that languish threateningly outside the gates of the EU Garden of Eden.

Borrell’s solution is deceptively simple: just let the EU “gardeners” impose Western hegemony on those unstable “jungle” nations – with, it almost goes without saying, the helpful assistance of the United States.

Readers will not be surprised to learn that Borrell is a keen supporter of the United States. Last year he stated “One thing is clear: close EU-US cooperation based on shared values is key for international peace, security and prosperity.” Even if his Bruges speech did not explicitly include the US in his imaginary "garden", he obviously does not think of it as part of "the rest of the world". 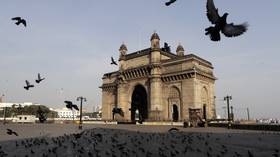 Borrell apparently has failed to notice that the US has spent the last few decades attempting to implement his foreign policy program in spades – for example, in Iraq, Afghanistan, and Syria. He seems unaware that these previous attempts to tame the “jungle” ended in chaos. Nor, of course, does he acknowledge that many of the problems that plague the “jungle” nations today were, in fact, caused by such misconceived interventions.

Borrell’s entire worldview is nothing more than a global elite fantasy – designed, in part, to camouflage the unpalatable fact that the Western “garden” nations are, in fact, becoming more and more like the non-Western “jungle” countries that he despises and fears.

Test that proposition by way of a comparison relating to political stability.

Brazil has experienced chronic political instability for decades. Prior to the recent presidential election, President Jair Bolsonaro announced that he would not accept the election result if he lost.

In the United States, former President Trump refused to accept his election defeat in 2020, culminating in the January 6 capitol riots. Trump and dozens of candidates endorsed by him have since maintained their position that Joe Biden’s 2020 victory was illegitimate.

Bolsonaro narrowly lost the recent presidential election in Brazil – but, after his defeat, he did accept the result, even if his supporters staged mass protests in the streets.

Trump and many of his candidates are now refusing to accept the results of the US mid-term elections – let alone the 2020 result – and Trump intends to run again for president in 2024.

Looking at the two countries’ relative political stability, where does one put the "garden" fence? 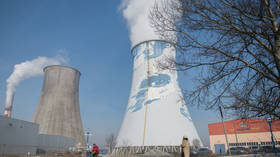 First, at the COP27 conference in Egypt, the “jungle” asserted its autonomy by demanding payment of billions of dollars in “reparations” for the damage done to its countries by climate change.

This demand lies completely outside Borrell’s crude frame of reference, and, perhaps more disturbingly, seems completely justified by the EU’s own catastrophic climate change ideology. I suspect that the EU “gardeners” will find any such reparations a tough sell to EU citizens who cannot pay their energy bills this winter.

Second, it now appears that the Biden administration is placing increasing pressure on Vladimir Zelensky to negotiate a settlement of the conflict in Ukraine – and that this pressure will intensify once the Republicans take control of the US House of Representatives. Where this leaves a fervent and uncritical supporter of the conflict like Borrell – or Zelensky for that matter – is not yet clear.

Borrell is nothing more than a rather unsophisticated representative of the global elites that have blindly and rapaciously presided over the decline of European and Western political and economic stability in recent decades.

That being so, it is perfectly apt that he should find himself in charge of EU foreign policy and security at the present time – because, as Cyril Connolly once famously prophesied, it now appears that “it is closing time in the gardens of the West.”