Boris Becker has been moved to HMP Huntercombe 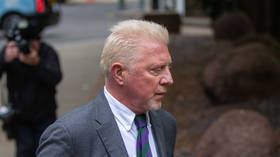 Boris Becker's alleged transfer to a prison for foreign criminals has been accepted as a sign that the tennis icon will be deported from the UK when his current sentence has concluded.

Becker was jailed for two-and-a-half years in late April when found guilty of hiding £2.5 million ($3.1 million) in assets to avoid paying back money he owed after declaring bankruptcy.

The German was initially sent to category B institute Wandsworth Prison. But according to The Times, Becker's lawyer told reporters in their country's capital Berlin that the six-time grand slam winner has been transferred to Oxfordshire's HMP Huntercombe.

"Boris Becker was transferred to Huntercombe prison today. It is a category C prison, which means it has a low security level," the lawyer reportedly said.

Huntercombe prison was initially built as an internment camp according to The Guardian. Following World War II, it became a borstal for young prisoners until 1983. 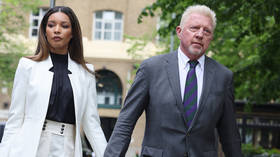 In the year 2000, it was a prison for male juvenile criminals aged 15 to 18 but was transformed into an adult category C prison in November 2010.

Since March 2021, it has been a prison solely for foreign nationals and currently holds around 480 of them.

A 2017 inspection of HMP Huntercombe showed that at least 185 of the 197 men released from the prison were deported immediately.

While Becker has resided in the UK since 2012, it is suspected that he never took British citizenship.

Because of this, the 54-year-old will qualify for automatic deportation due to being a foreign national without UK citizenship that has received a prison sentence exceeding 12 months.

Until Becker has been released, however, while set to serve just half of his 30-month term, his estranged wife Sharley Becker, with whom Becker has a 12-year-old son, could appeal against his potential deportation.

Becker was found guilty of four charges at Southwark crown court in April but acquitted of a further 20 counts related to his 2017 bankruptcy.

He could have been hit with up to seven years behind bars, however, and already had a history of tax evasion worth €1.7 million ($1.8 million) in Germany for which he was handed a suspended sentence of two years in 2002.

"You did not heed the warning you were given and the chance you were given by the suspended sentence and that is a significant aggravating factor," said the judge in his most recent UK case. 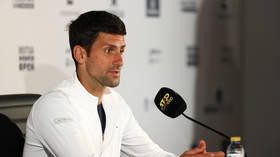 Reacting to his former coach's legal woes, world number one Novak Djokovic said he was "heartbroken" for Becker.

"I am just heartbroken for him," said Djokovic ahead of the recent Madrid Open. "He’s a friend, [a] long-time friend, a coach for three, four years. Someone I consider close in my life and [someone who] has contributed a lot to my success in my career."

"I was just heartbroken. I don’t know what more to say than that. I’m not going to get into details of the verdict, because I’m not in a position to do that. But as his friend, I’m super sad for him. [There's] not much that you can say," Djokovic continued.

"I just hope he will go through this period that he has to be in jail and that when he comes out he’s, you know, [going to be] able to live his life as, I don’t know if we’ll use the word 'normal', because life is definitely changing … I mean, for anybody going to prison, especially for that long of a time," the Serb finished.