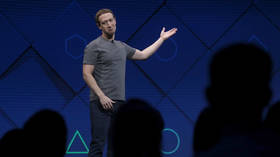 Meta Platforms, the parent company of the social network Facebook, plans to dismiss “many thousands” of its employees, the Wall Street Journal (WSJ) reported on Sunday, citing sources.

The first major layoffs in the firm’s 18-year history follow a sharp post-pandemic fall in its stock price, stronger market competition, and a surge in spending, the newspaper said.

According to the WSJ, “the number of Meta employees expected to lose their jobs could be the largest to date at a major technology corporation.” WSJ sources revealed that the company’s management plans to deliver the bad news to staff as soon as Wednesday, and has already told employees to cancel non-essential travel starting this week.

A spokesman for Meta did not comment on the matter but referred to an October statement by CEO Mark Zuckerberg on the “small number of high priority growth areas” the company plans to focus on. Back then, Zuckerberg made it clear that while some Meta teams will grow “meaningfully,” most others “will stay flat or shrink” over the next year. 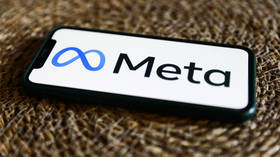 In September, the WSJ reported that Meta, which has hired more than 40,000 staff over the last three years and has more than 87,000 employees, was planning to slash expenses by at least 10%.

The company's stock price has fallen by more than 70% this year. While Meta’s leadership cited deteriorating macroeconomic trends as a main cause, investors, according to the WSJ, “have also been spooked by its spending and threats to the company’s core social-media business.”

Among the factors negatively affecting the business, the outlet listed stiff competition from TikTok and $15 billion investments into the Horizon Worlds virtual reality platform which, despite Zuckerberg’s belief in its importance for the future, has left the users “largely unimpressed.”

The tech giant has also been hit by a series of financial penalties internationally. Last month, Türkiye’s competition watchdog ordered Meta to pay an $18.63 million fine, after finding that the merging of user data from Facebook, WhatsApp, and Instagram gave the company an unfair advantage in advertising.

Also in October, Russia’s federal service for financial monitoring designated Meta a “terrorist and extremist” organization. This followed a Moscow court’s decision in March to label the company an extremist organization.

All of Meta’s activities and services, with the exception of WhatsApp, have been banned in Russia after the US firm was accused of allowing hate speech against Russian nationals on its platforms, and refusing to remove what Moscow considered false content about the conflict in Ukraine.

In winter last year, a Russian court imposed penalties on Meta, exceeding 40 billion rubles (over $526 million at the January rate).

Meta has denied allegations of allowing Russophobia on its platforms.