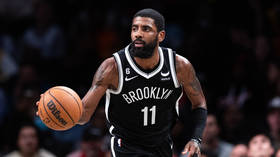 The owner of NBA franchise the Brooklyn Nets is the latest figure to conclude that controversial basketball player Kyrie Irving isn’t anti-Semitic after meeting with the 30-year-old.

Joe Tsai originally condemned his guard when Irving became engulfed in an anti-Semitism scandal for tweeting a link to a film deemed to contain anti-Semitic tropes.

The Nets banned Irving for a minimum of five games for refusing “to unequivocally say he has no anti-Semitic beliefs,” which Nike co-founder Phil Knight has cited as the motive behind the sportswear giant suspending its relationship with the one-time NBA champion.

In recent days, however, NBA Commissioner Adam Silver, who is Jewish, has come out and said that he doesn’t believe Irving is anti-Semitic. On Friday, Silver was joined by Tsai, who made similar remarks online.

“Clara and I met with Kyrie and his family yesterday,” Tsai said, mentioning his wife.

“We spent quality time to understand each other and it’s clear to me that Kyrie does not have any beliefs of hate towards Jewish people or any group.”

“The Nets and Kyrie, together with the NBA and NBPA, are working constructively toward a process of forgiveness, healing and education,” Tsai added.

The Nets have said that Irving will only return after undergoing “remedial measures” and completing six requirements.

Irving has already met some of these, such as apologizing for his act, condemning the film, and pledging to donate $500,000 to anti-hate causes.

Former teammate LeBron James called for Irving to be able to return to the court, and the National Basketball Players Association told members in an email on Friday that it expects the situation to be resolved soon. 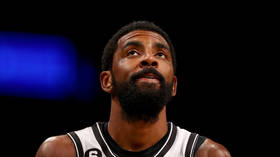 “We believe the careful pause and reflection have started to pay off,” the union said in the email, seen by the Associated Press.

“We have maintained from the beginning, and will continue to repeat every chance we get, that Kyrie and the Players Association unequivocally condemn antisemitism and all other forms of hate.”

“We continue to make sure that Kyrie’s rights, and the rights of all future players, have been protected at every turn, and look forward very soon to a resolution of all matters satisfactory to all parties,” it added, as reported by ESPN.

Irving is in the last year of his contract with the Nets, which expires at the end of the 2022/2023 NBA season.