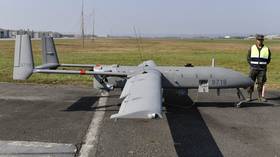 Taiwan intends to earmark up to 50 billion TWD ($1.6 billion) for the development of drones that could be used in a potential conflict with Beijing, the Financial Times reported on Wednesday, citing sources. The plan comes as Chinese President Xi Jinping refused to rule out the use of force to bring the self-governed island back into the fold.

According to people familiar with the matter, cited by the newspaper, a three-year government plan seeks to organize private producers of unmanned aerial vehicles (UAV) into “a national team,” which will develop drones “for several specific missions in a cross-strait war scenario.”

Taipei wants the manufacturers to be ready for orders by July 2023, the report says.

While there are several Taiwanese companies producing commercial UAVs, the island’s military has barely tapped this potential over fears that private firms would leak secrets to Beijing, the FT’s sources said, adding that another reason is a lack of concrete concepts for drone deployment. 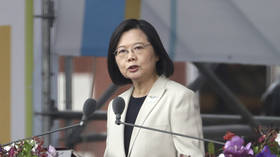 One senior Taiwanese official told the outlet that drone warfare has drawn a lot of attention due to the ongoing Ukraine conflict. “The war in Ukraine has highlighted the urgency of preparing for conflict in the Taiwan Strait and the crucial role drones can play in such a conflict,” they said.

Taiwan’s focus on drones comes after President Tsai Ing-wen said this week that there “is a genuine threat” of a clash with China. Her comments followed a statement by Chinese President Xi Jinping, who claimed last month that while Beijing is seeking a “peaceful reunification” with Taiwan, it “will never promise to give up the use of force and reserve the option to take all necessary measures.”

With tensions running high in the region, in late August, Taipei announced a record 13% jump in defense spending, proposing to invest $19 billion in its military in 2023.

Taiwan has governed itself since nationalist forces led by Chiang Kai-shek fled to the island in 1949, after they lost a civil war to the Communists. Beijing considers it Chinese territory.