Taipei rejects Beijing’s “one country, two systems” proposal, saying that only the Taiwanese people can decide their future 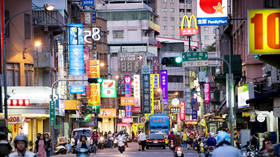 Taiwan is against the “one country, two systems” solution proposed by Beijing, a spokeswoman for the self-governed island’s Foreign Ministry has said, according to Reuters.

Speaking at a press conference on Thursday, Joanne Ou said the Chinese government was using U.S. House Speaker Nancy Pelosi's controversial visit to Taipei as an “excuse to create a new normality to intimidate Taiwan's people.”

In a White Paper published on Wednesday, Beijing refused to rule out the use of force to gain control over Taiwan, but pledged to seek peaceful unification using “one country, two systems” as a guiding principle. The concept, which previously allowed some autonomy to Hong Kong and Macau, could bring “a positive impact on the resolution of the Taiwan issue,” according to the document.

Commenting on the White Paper, Taiwan's Foreign Ministry spokesperson said the island’s authorities reject Beijing’s proposal, as only the Taiwanese people can make decisions on their future.

“China’s whole statement absolutely goes against the cross-strait status quo and its reality,” Ou was quoted by The Defense Post as saying.

Beijing’s first White Paper on Taiwan since 2000 accuses the ruling party in Taipei of misrepresenting the principle of “one country, two systems” and of doing “everything possible to target the principle with baseless criticisms.” The paper hails the principle as a “resounding success” in Macau and Hong Kong. 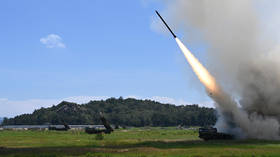 The idea of “one country, two systems” was formulated in the early 1980s during China’s negotiations with the UK on the Hong Kong issue. The model meant that Hong Kong and Macau retained a large degree of autonomy on economic, legal and governmental affairs. A former Portuguese colony, Macau was returned to China in 1999, two years after Hong Kong was handed back to China by Britain. As a solution to the Taiwan dispute, the principle is believed to have been first proposed in early 1980s by then-leader of China Deng Xiaoping, to allow Taiwan to retain its economic and social system in return for acknowledging it was part of China. Taiwan rejected the proposal, however.

The document goes on to claim that attempts by the “external forces,” notably the United States, “to hinder the complete reunification of China,” will fail. In Beijing’s view, Taiwan’s administration has “adopted a separatist stance, and colluded with external forces in successive provocative actions designed to divide the country.”

While accusing “anti-China agitators both inside and outside the region” of causing a period of damaging social unrest in 2019, Beijing pledged to explore a “two systems” solution, while taking into account the “interests and sentiment” of people on the island. After reunification, foreign states could continue to develop economic and cultural relations with Taiwan, and with Beijing’s approval, be allowed to set up consulates or other official institutions there, the paper says. International organisations and agencies could also establish offices on the territory.