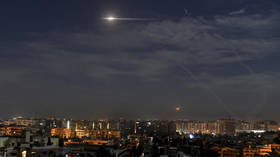 Syria accused Israel of launching missiles on an area south of Damascus on Monday evening, targeting the suburb of Saida Zaynab.

The missiles came from the direction of the occupied Golan Heights and “most” were intercepted by air defenses, SANA said, citing military sources. Eyewitnesses reported seeing several explosions in the night sky over the Syrian capital.

At least one missile got through, however, and caused property damage. There were no reports of casualties as of yet. 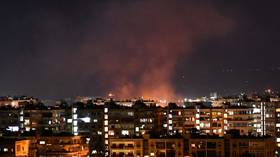 Israel has repeatedly launched missiles into Syria over the past several years. On the rare occasion Tel Aviv has acknowledged the strikes, it claimed to target Iranian military presence in the neighboring country in preemptive self-defense. Tehran has sent military aid to Damascus in the fight against Islamic State (IS, formerly ISIS) and other terrorist groups.

A May 20 missile strike targeting the vicinity of the Damascus international airport killed at least three people and caused a fire that resulted in flight delays. According to the Israeli outlet Ynet, its targets were pro-Iranian militias.