Swimmer dramatically saved by coach after passing out underwater 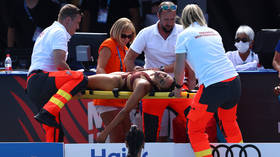 US synchronized swimmer Anita Alvarez was rescued from the bottom of the pool by coach Andrea Fuentes after fainting during her routine at the World Championships in Budapest.

Alvarez was performing in the final of the solo free event on Wednesday when she lost consciousness and began sinking.

As the 25-year-old’s body lay limply in the water, the fully clothed Fuentes spotted the danger and dived in to rescue the swimmer, dragging her body to the surface before a man said to be lifeguard also rushed to her aid.

Alvarez was placed on a stretcher and immediately raced to the pool’s medical center as shocked teammates and fans watched on from the stands.

It was later reported that Alvarez had regained consciousness and was doing well.

“We sometimes forget that this happens in other high-endurance sports. Marathon, cycling, cross country… we all have seen images where some athletes don’t make it to the finish line and others help them to get there,” she added.

“Our sport is no different than others, just in a pool, we push through limits and sometimes we find them. Anita feels good now and the doctors also say she is OK.”

The statement added that Alvarez would rest and consult with doctors before deciding to swim in the free team finals on Friday. 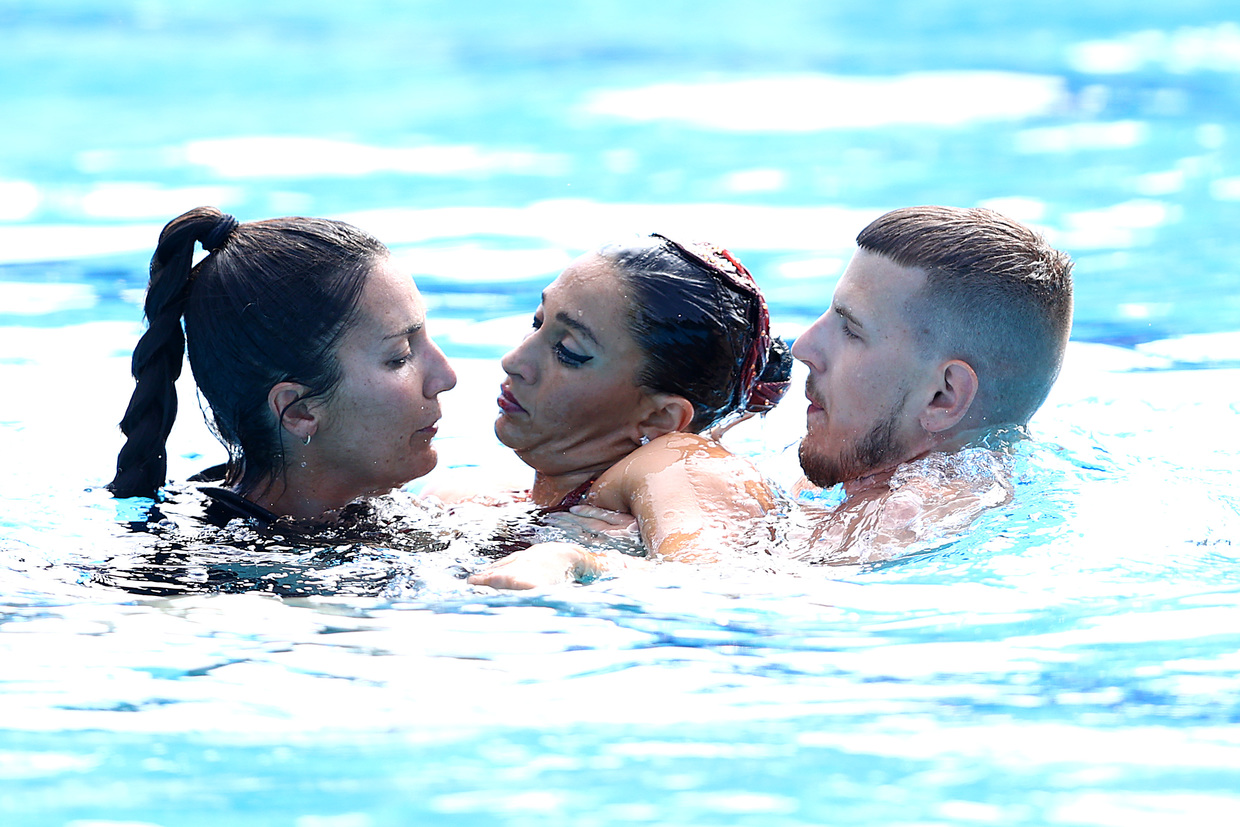 Remarkably, it’s not the first time that US team head coach Fuentes has been forced to come to the aid of the swimmer, doing the same at an Olympic qualifying event in Barcelona last year.

On this occasion, the coach was critical of the lifeguards at the FINA World Aquatics Championships in the Hungarian capital.

“When I saw her sinking, I looked at the rescuers, but I saw that they were stunned. They didn’t react,” Fuentes, who is a former Olympic medalist with Spain, told AS in her homeland.

“I think she was at least two minutes without breathing because her lungs were full of water.

“But we were able to take her to a good place, she vomited the water, coughed and that was it, but it was a big scare.”

Alvarez is competing at her third World Championships and is a two-time Olympian. She ended up finishing seventh in the event, which was won by Japan’s Yukiko Inui.

The usually dominant Russian team have been barred by FINA from competing at the event because of the conflict in Ukraine.