Consumer price growth in the country has jumped to a 35-year high, according to Bloomberg 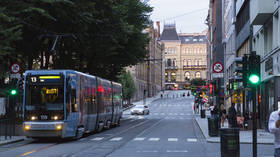 Headline inflation in Norway hit a new three-decade high of 7.5% in October, exacerbating fears of a looming recession in the Nordic region, Bloomberg reported this week.

Core inflation, as monitored by the country’s central bank, Norges Bank, hit an all-time high of 5.9%, above the market consensus and the bank’s own forecast.

Statistics seen by the media outlet show that the price growth was driven by clothing and communications in particular.

The gloomy data will raise speculation that policymakers could accelerate rate hikes again in December after reducing the pace of increases this month due to signs of the economy cooling, according to Bloomberg.

Last week, the governor of Norway’s central bank, Ida Wolden Bache, said she sees no immediate danger of a price-wage spiral. According to a Statistics Norway report on Wednesday, the average wage grew 4.1% in the third quarter, the fastest pace in more than two years.

The agency warned earlier that a recession may be on the horizon for Norway in the next couple of years. Throughout next year, it expects unemployment to rise and economic activity to fall.

In addition, Statistics Norway said it was expecting house prices to fall in 2023 and 2024 due to weak real wage growth, high inflation, and rising unemployment.