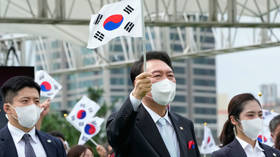 South Korean President Yoon Suk-yeol has marked the anniversary of the peninsula’s liberation from Japanese occupiers in 1945 by offering a massive package of economic assistance to North Korea if the rival nation abandons its nuclear weapons program.

“The audacious initiative that I envision will significantly improve North Korea's economy and its people's livelihoods in stages if the North ceases the development of its nuclear program and embarks on a genuine and substantive process for denuclearization,” Yoon said on Monday in his Liberation Day speech.

The package would include “large-scale” food aid and funding to develop North Korea’s electricity generation and distribution infrastructure, as well as projects to modernize ports and airports to facilitate trade, Yoon said. “We will also help improve North Korea’s agricultural production, provide assistance to modernize its hospitals and medical infrastructure, and carry out initiatives to allow for international investment and financial support.” 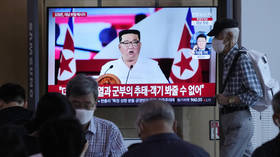 Yoon emphasized that the measures would improve the lives of North Korea’s 26 million people. The economic assistance would be provided in phases as Pyongyang denuclearizes, and Seoul would advocate a gradual easing of international sanctions against North Korea.

The speech marked a shift in tone by Yoon, who took office in May after pledging during his election campaign to take a tougher approach to relations with Pyongyang. He has called for the US to station tactical nuclear weapons in South Korea and promised voters that he would deal “firmly” with “illicit, unreasonable behavior by North Korea.”

Yoon’s aid offer comes days after North Korean leader Kim Jong-un’s sister, Kim Yo-jong, accused South Korea of spreading Covid-19 to the North. “We have already considered various counteraction plans, but our countermeasure must be a deadly retaliatory one,” she said in a televised speech on Wednesday.

North Korea has ramped up its missile tests this year, including the launch in March of an intercontinental ballistic missile (ICBM), and is reportedly poised to conduct its first nuclear weapon test since September 2017. Media outlets also have suggested that North Korea may seek to retaliate for South Korea’s expanded joint military exercises with the US, which are scheduled to start next week. 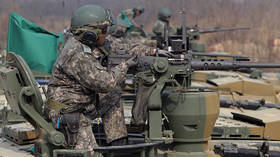 Yoon’s administration has prepared a roadmap for economic, security and political cooperation with North Korea, national security deputy director Kim Tae-hyo told reporters after the president’s speech. The three-pronged initiative is more comprehensive than the reconciliation efforts of past administrations, he said.

Seoul estimates that denuclearization would allow North Korea to boost per-capita GDP to $3,000 annually from an estimated 1.42 million won ($1,082) in 2021. Economic support measures would begin from the initial negotiation process, Kim said, and inspections would be required to verify that North Korea’s nuclear program is frozen and later dismantled.

Yoon also extended an olive branch to Japan, calling for strengthening ties with Tokyo by upholding the “spirit” of a 1988 joint declaration on overcoming past conflicts between the countries. “In the past, we had to unshackle ourselves from the political control imposed upon us by imperial Japan so that we could regain and defend our freedom,” he said. “Today, Japan is our partner as we face common threats that challenge the freedom of global citizens.”