With inflation surging beyond 12%, many Poles are keeping expenses to a minimum to get through each month, a survey shows 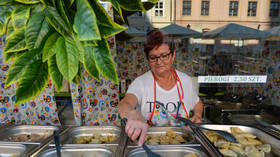 Poland’s cost of living crisis is forcing people to cut back on restaurants and driving, with 36% keeping expenses to a minimum to make it through each month, a new survey has revealed.

According to a poll conducted by ARC Rynek i Opinia, 38% of respondents who could previously afford “luxuries” have given up on them. A researcher for the polling group, Dr. Adam Czarnecki, said people are “limiting consumption,” piling pressure on the economy at a time of “stagflation” – i.e. high inflation accompanied by subdued economic output.

The survey also found that 38% of Poles are saving far less than before and spending more due to the price hikes, with 13% saying they are no longer able to save anything.

“More than 1/3 of Poles (36%) admit that they had to limit their daily expenses in order to have enough money for the entire month, and every fourth (24%) admits that due to higher prices they cannot afford basic expenses,” the report said. 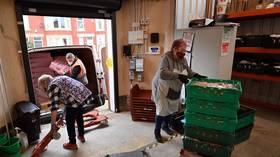 In addition, 35 percent of Polish car users say they’re cutting back on driving due to rising fuel costs.

The study found that people are taking a cautious approach to financial risk: 18% of Poles have decided not to go ahead with a planned loan and 26% hope to repay existing ones as soon as possible, due to concerns over a future hike in interest rates.

“Every fifth Pole (21%) admits opting to buy something rather than keeping money in an account, because its value decreases,” the report says.

Dr. Czarnecki described it as a “very dynamic situation in the area of​​ personal finance, in which consumers may feel insecure.”

The online survey was carried out from 4 to 11 May, with respondents aged 18-65.
Poland’s inflation in April hit 12.4% compared to the same month last year
According to a Statistics Poland report released on May 13, housing prices have risen by 17%, food by 13.2% and transport by more than 21%. Restaurants and hotels have hiked prices by more than 14%.

Compared to March this year, food costs have increased by 4.4%.

Aside from struggling with the global cost of living crisis, exacerbated by the conflict in Ukraine, Poland is also a primary destination for Ukrainian refugees. According to the latest figures from the United Nations High Commissioner for Refugees, almost 3.4 million Ukranians have crossed into Poland since the start of the conflict.