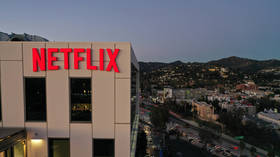 Netflix shareholders filed a lawsuit against the streaming service on Wednesday, accusing the company’s management of fraud by issuing misleading guidance about subscriber growth, leading to a plunge in its stock price.

Filed in San Francisco, the lawsuit argues that the streaming service has failed to disclose that it is “losing subscribers on a net basis.” Unaware of Netflix’s inability to retain customers, the plaintiffs claim to “have suffered significant losses and damages.”

The allegedly defrauded investors believe that the largest streaming service in the world is experiencing a downfall primarily due to account sharing by its customers and increased competition from other streaming services. 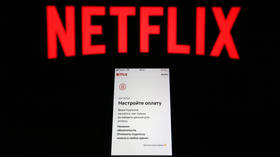 Last month, Netflix reported that it had already lost nearly 200,000 subscribers in the first quarter of 2022 and it expects to lose two million more in the coming months. As a result, within hours of trading the company’s shares dropped by 25%. Overall, Netflix’s capitalization has decreased by 40% this year.

This unprecedented collapse of the company’s value has forced Netflix’s executives to consider creating more affordable subscription tiers by adding a version of the streaming platform with ads.

On March 6, Netflix announced that it would leave the Russian market due to Moscow’s military action in Ukraine. While the company said it gained 500,000 new subscribers so far this year in other countries, the loss of Russia’s 700,000 subscribers has created significant problems for the American entertainment giant.