The US golfer turned down the Saudi-backed breakaway, according to its CEO Greg Norman 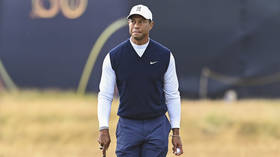 Golf legend Tiger Woods turned down an offer of between $700-800 million to join up with the LIV Golf Series, according to the CEO of the controversial Saudi-funded group.

Speaking on an episode of Tucker Carlson Tonight, Greg Norman said that LIV Golf approached Woods before he was appointed as CEO with a massive offer to link up with the breakaway event – but the 15-time major winner refused to entertain their overtures.

“That number was out there before I became CEO,” Norman said on the Fox News television program.

“Look, Tiger is a needle mover, right? So, of course you're got to look at the best of the best. They had originally approached Tiger before I became CEO. That number is somewhere in that neighborhood.”

While Woods was apparently steadfast in his desire to display loyalty to the PGA Tour, LIV Golf has turned the heads of several top pros in recent months in a situation which has been likened to a developing civil war within the sport.

Woods previously publicly backed the decision by The Royal & Ancient Golf Club of St Andrews (R&A) to refuse an invite to Norman to celebrate the 150th iteration of the British Open, where Norman is a two-time winner.

“The R&A obviously have their opinions and their rulings and their decision,” Woods said. “Greg has done some things that I don't think is in the best interest of our game, and we're coming back to probably the most historic and traditional place in our sport. I believe it's the right thing.” 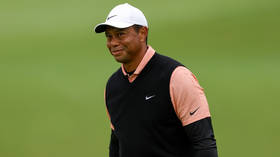 Woods has also reserved criticism for several of the top pros who made the switch to the Saudi Arabia's Public Investment Fund-backed LIV Golf, including the likes of Dustin Johnson, Bryson DeChambeau, Phil Mickelson and Brooks Koepka.

The above players are reportedly the recipients of guaranteed contracts worth between $100 million and $200 million, while also being eligible for individual financial benefits depending on their performances.

“I disagree with it,” Woods explained. “I think that what they've done is they've turned their back on what has allowed them to get to this position.”

Norman, though, doesn't see it as such and told Carlson on Fox News that the PGA Tour has long held a monopoly over the sport, and that LIV's aim was to provide a more robust financial system for players.

He also added that a wave of sponsors who have abandoned LIV players is at best a poor decision, and at worst blatant hypocrisy.

“That blows my mind,” Norman explained.

“Sponsors, by the way, who spend billions of dollars in Saudi Arabia. The PGA Tour has about 27 sponsors, I think, who do 40-plus billion dollars' worth of business on an annual basis in Saudi Arabia.

“Why doesn't the PGA Tour call the CEO of those organizations [and say], 'I'm sorry we can't do business with you because you're doing business with Saudi Arabia.' Why are they picking on the professional golfers?”