Prices for the US were hiked, while those for Asia remained unchanged 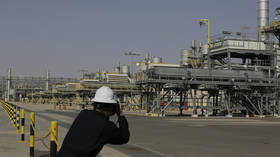 State-controlled Saudi Aramco has raised its November official selling price for crude oil shipped to the US by 20 cents, while keeping prices for Asia, its key market, largely unchanged from October, Bloomberg is reporting on Thursday.

Meanwhile, all official selling prices for North West Europe and the Mediterranean region were lowered.

The world’s biggest producer of crude raised its medium and heavy grades for Asia by 25 cents per barrel month-on-month and dropped extra light by ten cents.

The November OSP for Arab Light to Asia was set at a premium of $5.85 a barrel above the regional benchmark. Traders polled by ерву agency forecast a raise of 40 cents in response to the latest signs of recovering crude demand in one of its biggest markets, and the new batch of fuel-export quotas issued by China.

A sharp hike would have further tightened the global market of crude following OPEC+’s decision to reduce the production target from next month by two million barrels per day. Washington said it was “shortsighted” at a time many countries are “reeling from elevated energy prices.”

Global prices for crude have declined since June after surging in the wake of Ukraine-related sanctions imposed on Russia, one for the world’s major producers and exporters of oil. The current price of about $90 per barrel is still up almost 20% this year, contributing to a painful surge in inflation globally.