Sanctions on Russia could leave Britain without fish and chips 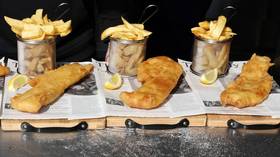 Around 5,000 of Britain’s 10,500 fish and chips shops may be forced to shut down over soaring prices for ingredients and energy caused by the sanctions imposed on Russia over its military operation in Ukraine, local media reports, citing government figures.

The shops were already under pressure, but the situation has become even worse after the authorities decided to slap a 35% tariff on seafood from Russia.

“These extra tariffs will push thousands of shops over the edge,” the president of the National Federation of Fish Friers, Andrew Crook, has warned.

Around a third of Britain’s white fish comes from Russia. In order to stay afloat, shops may have to replace the traditional cod and haddock with hake and other cheaper types of fish.

Bally Singh, who sells fish and chips in west London, told the Daily Express that many customers enter the shop and quickly leave after seeing the prices. 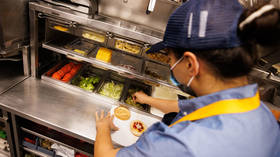 “At one point, fish was one of the cheapest meals. Now it’s one of the most expensive,” he said.

It is becoming increasingly difficult for him to stay in business, as “fish boxes have more than doubled in the last year. Oil is up as is electricity and gas,” Singh said. “The question about closing does arise.”

According to The Sun, there is a lack of unity on the new Russian seafood tax within the cabinet. “We all want to punish [Russian President Vladimir] Putin, but this drives people out of business in a cost-of-living crisis,” a government source told the paper.

But not everyone is pessimistic; the head of the National Federation of Fishermen’s Organisations, Barrie Deas, says the current situation provides “a big opportunity to increase North Sea catches such as haddock and whiting.”

A government spokesperson said Downing Street knew that “fish and chips shops are a well-loved British tradition” and has been “working closely with industry to mitigate the impact these sanctions may have on British businesses.”

However, he insisted that London “stands shoulder-to-shoulder with Ukraine and will continue to ratchet the pressure to isolate the Russian economy and inflict maximum damage to Putin’s regime.”