Home Iz minuta u minut Russians in US are denied proper access to their embassy’s help –...

Anatoly Antonov says he was denied “contact” meeting with Russian prisoner Aleksandr Vinnik, despite White House having allowed it 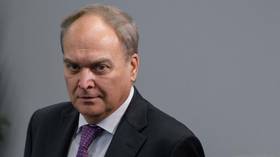 Russia’s insufficient diplomatic presence in the US has complicated the work of its embassy and consulate staff, leaving Russian nationals in America without proper assistance, Moscow’s envoy to Washington Anatoly Antonov has said.

Antonov talked to journalists in San Francisco on Thursday, saying that “the fact that our diplomats aren’t here and we can’t provide proper support to our compatriots is an extremely negative moment.”

The envoy was in California to meet with Russian crypto entrepreneur Aleksandr Vinnik, currently in pretrial detention there on accusations of laundering billions of dollars. Vinnik, who was arrested in Greece in 2017 and extradited to the US in August of this year, denies any wrongdoing. He says he wants to be tried in Russia, where he faces fraud charges.

The ambassador said that he was denied a face-to-face “contact” meeting with Vinnik, despite the Biden administration having agreed in writing to such a format. “We were separated by glass” and had to communicate via a phone in “difficult” conditions, he said. According to the envoy, he’s now going to voice his complaint about the development to the While House and the State Department. 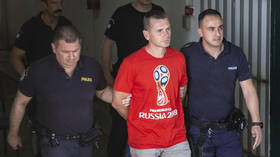 Vinnik is being held in a mass cell with 25 other inmates at Santa Rita Jail. He has no medical issues, but has complained about the poor quality of food, Antonov said. What creates “moral complications” for the Russian prisoner is the uncertainty as to even the date of his trial, which hasn’t been set yet, he added.

According to the envoy, “Russia’s diplomatic presence on the West Coast is nonexistent” after the US moved to close the Russian consulate in San Francisco back in 2017.

He said that a large group of Russian diplomats had arrived in Los Angeles earlier this week, providing consular services to some 600 people over the course of three days.

“The people were waiting for our diplomats. Especially the elderly. Some of them cried. They said they thought that we’d forgotten about them. They asked that we come more often,” Antonov recalled, adding that the Russian staff then traveled to San Francisco to assist more compatriots there.

“The issue of re-opening the [Russian] general consulate [in San Francisco] isn’t on the agenda,” the ambassador said. However, he insisted that Moscow “will keep demanding that our property is returned to us,” referring to the consulate building and the residence of the consul general in the city, which have been seized by Washington.

Antonov was also asked about his expectations from the upcoming midterm election in the US, in which the Republicans are expected to retake control of at least one of the chambers of Congress from the Democrats.

“Frankly speaking, we all agree at the embassy that whoever wins the election, whatever happens in the Congress, this Russophbic consensus will remain. It would be naive to expect that after November 9 the doors at the Capitol would open for the Russian ambassador and diplomats,” he said, adding that Moscow was ready to resume contacts with Washington at any moment.