The new weapons will include “the best machine pistol in the world,” arms manufacturer Kalashnikov has said 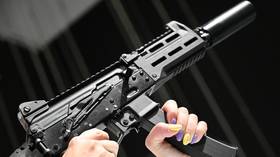 Russian troops will receive cutting-edge weapons, including PPK-20 submachine guns and SVCh designated marksman rifles, by the end of the year, Kalashnikov Group announced on Sunday.

“We believe it is the best machine pistol in the world for the next 20 years,” the head of the famed arms manufacturer, Alan Lushnikov, told journalists, describing the PPK-20. Data provided by the company indicates that it is capable of firing 800 rounds per minute. According to Russian media, bullets fired from the gun have a velocity of nearly 470 meters per second and are capable of penetrating IIIA level body armor – one of the highest armor classes for concealable, lightweight soft protection. 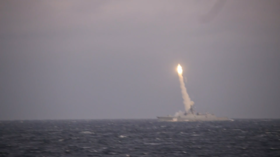 The machine pistol weighs just under 3kg, has a sound moderator, and a standardized mounting rail interface similar to the Picatinny rail used in Western weapons. The PPK-20 was first presented by Kalashnikov at the ARMY 2021 exhibition last year.

The SVCh, or Chukavin Sniper Rifle, is a new generation of designated marksman rifles designed to replace the Soviet-made Dragunov Sniper Rifles (SVD). It is lighter than its predecessor, has higher precision, and is capable of hitting targets at a distance of around 1,200 meters. The small size of this semi-automatic rifle also makes it effective at middle-range distances and even in close combat. It was first demonstrated in 2017 and successfully passed state trials last year.