Based on the unique Meteum technology, ‘Yandex.Weather’ will first be available in Mexico and Brazil 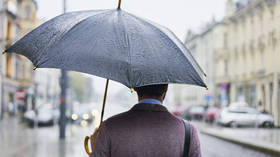 Russian tech giant Yandex is launching a new front-end weather service for foreign enterprises, the company said in a press release on Friday.

“Yandex.Weather begins to work with foreign companies. Solutions based on Meteum… will be used in different countries. The first will be Mexico and Brazil,” it said.

According to the company, Yandex.Weather is unique due to the technology behind it – Meteum, “the world’s first weather forecast technology, the algorithms of which are based not only on collecting data from devices, but also from users’ messages.”

The company expects the service to gain popularity in various spheres, from aviation, shipping, and construction to insurance, agriculture, and utilities. 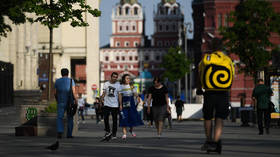 “The weather affects sales, among other things. Demand is known to generally increase on sunny days, and online purchases increase in cold weather. By taking such factors into account, you can do business more efficiently,” Yandex said.

“Not only people depend on the weather, but businesses as well. Our goal is to provide them with the accurate weather data they need to make decisions. At the same time, we not only have ready-made solutions for different industries, but also the ability to adapt them to the needs of a specific company,” the head of Yandex.Weather, Alexander Ganshin, said, as cited in the press release.

Yandex is the largest technology company in Russia. Its weather forecasting service based on Meteum technology was first launched in 2015. In July last year, it presented an improved version of the technology – Meteum 2.0. Unlike its predecessor, it incorporated user messages as a source for forecasts. The company said this improved the accuracy of its short-term forecasts by 20%. Apart from user data, the technology uses five different prediction models, including satellite imagery and radar data.