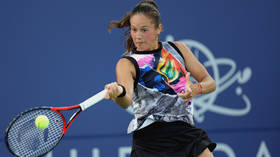 Russia’s Daria Kasatkina battled back from one set down to defeat Wimbledon champion Elena Rybakina in their match at the Mubadala Silicon Valley Classic in San Jose on Monday.

Rybakina took the opening set 6-1 on her return to action after earning a maiden Grand Slam title in London, but wilted as Kasatkina stormed back to take the next two sets 6-2, 6-0.

Rybakina, who was born in Moscow but has competed for Kazakhstan since 2018, had admitted before the match that the past few weeks had been a whirlwind since her Wimbledon triumph.

Commenting after her defeat, the 23-year-old said: “I was playing well in the first set and then conditions changed a bit and I think physically, focus I lost completely in the end. It was a really tough match for me today.” 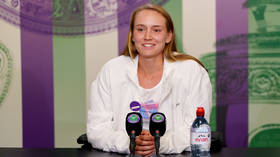 “Of course it was a tough week after Wimbledon. I had many things to do, I had a lot of traveling. It wasn’t easy, of course.

“I didn't have enough time to prepare for the hard season. I just wanted to come here and try my best because I knew I was coming to a very tough tournament,” Rybakina added, as quoted by the WTA website.

“Here there are so many great players and I knew I could play in the first round with someone in the Top 10. Like Dasha, she played in the final here last year. I’m just happy that I’m here and I started my matches, so hopefully it will just be better and better.”

Seeded seventh in San Jose, Kasatkina next plays Taylor Townsend of the US in the last 16 of the hard court event.

“I was trying to be more consistent first of all because Elena is an incredible player,” Kasatkina said of her win over Rybakina.

“She just won a Slam and she’s one of the most aggressive players on tour. What I can do is make her miss. It’s the best that I can do. 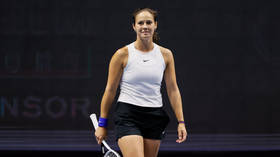 “In the second set, I was able to turn the match around. It was a very important game at 2-1 her serve. I made the break and after this things were going my way.”

Kasatkina, 25, is aiming to build up her own momentum having missed Wimbledon because of the ban on Russian and Belarusian players.

The world number 12 recently made broader headlines when she confirmed that she was gay, and suggested she might consider a citizen switch if Russian players face tightened restrictions on their participation at international tournaments.

Kasatkina reached the final of last year’s tournament in San Jose, where she was beaten in three sets by Danielle Collins of the US.