The head of Russia’s Foreign Intelligence Service (SVR) Sergey Naryshkin says he has “indirect confirmation” that the message reading “It’s done” that then-UK PM Liz Truss allegedly sent to US Secretary of State Antony Blinken was about the sabotage of the Nord Stream gas pipelines.

During his brief interview with Rossiya 1 channel on Sunday, Naryshkin was asked whether Russian intelligence believed there were “ample grounds” to link Truss’ text message to the explosions at the bottom of the Baltic Sea in late September, in which three out of four lines of the Nord Stream were damaged.

“I only have indirect confirmation that all this has grounds under it,” the spy chief responded.

In late October, Russia’s defense ministry openly blamed the UK for being involved in the sabotage of the pipelines, which carried Russian gas to Europe through Germany. According to the ministry, “British specialists” from the Royal Navy, based in the Ukrainian city of Ochakov, “took part in planning, supporting and executing” the attack on the pipelines. 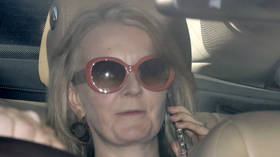 London responded to the accusations with a tweet, claiming that Moscow was “peddling false claims of an epic scale.”

Last week, Finnish-German tech businessman and social media personality Kim Dotcom claimed on Twitter that Truss messaged “It’s done” to Blinken “a minute after the pipeline blew up and before anybody else knew.”

The entrepreneur didn’t provide any proof to his claims, but suggested that Moscow based its accusations against London and Washington of Nord Stream sabotage based on the data it obtained from hacking the UK PM’s phone.

The story about the purported breach was reported by the British media, with anonymous sources telling journalists that the hackers – presumably working for Russia – were able to obtain a year’s worth of Truss’ highly sensitive communications with British and foreign officials.

On Tuesday, a Russian foreign ministry spokeswoman insisted that Britain should comment on the claim that Truss sent the controversial message, as “millions of people around the world have the right to know what happened to world energy security” and whether the US and UK had a role in the attack.