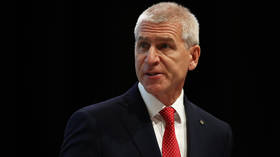 Russian Sports Minister Oleg Matytsin has said he has no concerns that waves of athletes will attempt to change their citizenship to avoid the international sanctions imposed on Russia as a result of the conflict in Ukraine.

Russian athletes across a wide range of sports have been barred from competition after federations followed the advice of the International Olympic Committee (IOC) not to invite them to participate until further notice.

That has triggered debate in Russia on a potential exit of national stars keen to dodge the ban by acquiring citizenship elsewhere.

The likes of former world heavyweight boxing champion Nikolai Valuev – now a State Duma Deputy – have suggested that the step would be a “betrayal” of Russia.

Elsewhere, however, former Olympic ice dance champion Tatiana Navka has said stars should not be judged if they make the move. 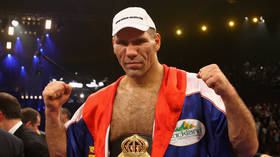 Commenting as Russian heroes from the 2022 Beijing Winter Olympics were feted at a special Kremlin ceremony on Tuesday, Sports Minister Matytsin said the issue was not a cause for concern.

“We have no fears about the change of citizenship by Russian athletes,” Matytsin said, according to TASS.

The Russian sports chief also said it would be far too early to speculate about Russian athletes being forced to miss the next edition of the Olympic Games in Paris in 2024.

“I don't see any reason yet to discuss the lack of chances [for Russian athletes to compete in Paris],” said the official.

“All the decisions made by the international federations, as a rule they are made until the end of this year, so I hope that this will not create [problems].

“Although we are ready for any situation,” Matytsin added as a word of caution.


READ MORE:
Banned for being Russian: The tennis stars set to miss Wimbledon

Russian stars being hosted at the Kremlin on Tuesday for a meeting with President Vladimir Putin include figure skating sensations Alexandra Trusova and Kamila Valieva, as well as cross-country skiing star Veronika Stepanova, who helped Russia to gold in the 4 x 5km relay event in China.

Russian Paralympians were also welcomed at the Kremlin reception. They were barred from the 2022 Beijing Paralympics on the eve of the event because of the conflict in Ukraine, but later competed at an alternative competition specially arranged in the Siberian sporting resort of Khanty-Mansiysk.