The defendant told investigators his goal was to “test his limits” 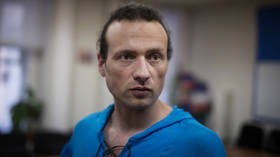 On Wednesday, a court in Russia’s Udmurt Republic sentenced a former school teacher to three years and two months in a high security penitentiary over an arson attack on a local military enlistment office. The man, identified as Ilya Farber, set the facility on fire in May to “test his limits,” he told law enforcement officials.

In May, Farber threw several Molotov cocktails at an induction office in the town of Igra in Volga Region. He fled after setting the building on fire. His arson attack resulted in no casualties but damaged at least one room in the office. A team of firefighters that promptly arrived at the scene prevented the fire from engulfing the entire building.

The man was then arrested in late May and charged with “intentional destruction or damage to property” as well as hooliganism punishable by up to five years behind bars. Farber then told the investigators that he “wanted to know what he was made of” and whether “he could do something like this.” He also said that he regretted his actions after seeing the consequences, according to a statement released by the Udmurtia Court Press Service. 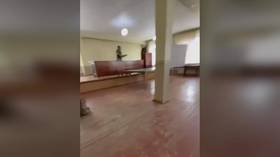 The court also ordered Farber to pay a fine of 2.6 million rubles ($43,266) in addition to sentencing him to a jail term, arguing that he had already been sentenced for another crime in the past. At the same time, the court considered “mitigating circumstances” like poor health.

Farber was previously found guilty in a corruption case in the early 2010s. At that time, he served as the head of a community center in a town in Russia’s Tver Region, and was accused of taking bribes from a local construction company hired for renovation work at the center. His actions inflicted financial damage to the local budget amounting to 941,000 rubles ($15,305), according to a 2012 court decision.

Farber was initially sentenced to seven years behind bars over corruption but his sentence was then reduced to three years and he was eventually released on parole in January 2014.