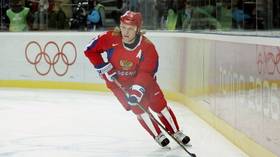 The decision of the NHL and its players’ association to postpone the World Cup of Hockey until February 2025 was influenced by the question of whether Russians will be able to participate, according to a hockey legend.

The two organizations announced the postponement on Friday in a joint statement. “Over the last year, the NHL and the NHLPA have been working on plans to conduct the next World Cup of Hockey, the premier international best-on-best hockey tournament, in February 2024,” they said.

“Unfortunately, in the current environment it is not feasible to hold the World Cup of Hockey at that time.”

According to Olympic gold medalist Darius Kasparaitis, however, the question hanging over Russia’s participation in the tournament “is one of the main reasons for the postponement”. 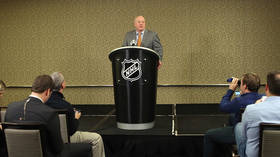 “Because the Russian team is one of the leading teams in the world, and the World Cup without it would be like the World Cup [of football] without the Brazilian team,” said the NHL legend, who is best known for two long spells with the New York Islanders and the Pittsburgh Penguins.

“In hockey, there are not so many powers that could replace other teams, and without one of the main teams being the favorite, such a prestigious tournament would not be interesting,” he told TASS.

“It’s like holding the World Cup [of hockey] without Canadians. Another reason for postponing a year [is that it] can be assumed that there is hope for the return of peace.”

Kasparaitis believes it would be unfair to deprive Russian hockey players of the opportunity to compete in such a competition, which has only been held three times – in 1996, 2004, and 2016.

“They don’t have such a long career… I think two years is a long time, a lot of things can change, and everything will fall into place,” he hoped. 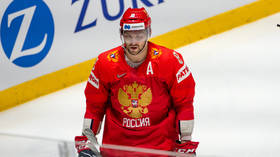 Russian stars such as Alexander Ovechkin and Valeri Nichushkin are still allowed to play in the NHL. However, the league will follow IIHF guidance when it comes to the national teams.

“Certainly, we’d like that and I think our Russian players would like that. So we would certainly like to accommodate them in some credible way,” he said, as quoted by ESPN.