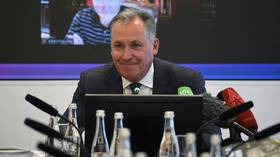 Russian Olympic Committee (ROC) president Stanislav Pozdnyakov has said his country remains a member of the Olympic community and is preparing fully for the Paris 2024 Games, despite claims that Russian athletes are set to miss out on the showpiece.

Tuesday marks exactly two years until the Opening Ceremony of the Summer Games in the French capital, with organizers revealing this week that the official slogan for the event will be ‘Games Wide Open’.

However, recent reports have suggested that might not be an apt motto for Russian and Belarusian athletes.

International Olympic Committee (IOC) honorary member Craig Reedie said earlier in July that athletes from the two nations could be prevented from competing in Paris because they are not cleared for qualifying events due to bans imposed as a result of the conflict in Ukraine. 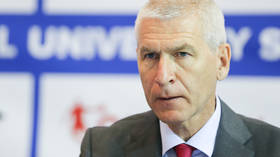 Despite those claims, Russian Olympic chief Pozdnyakov issued a message on Tuesday vowing that the country was working on the basis of full and equal participation in Paris.

“In exactly two years’ time, the Olympic Games will start in Paris,” read a statement from Pozdnyakov shared on the ROC’s Telegram channel.

“Despite all the circumstances, the Russian Olympic Committee is a fully-fledged member of the Olympic movement.

“We continue to systematically prepare for the Games.

“We are working to ensure that our athletes can qualify and have equal access to the Olympic Village and facilities, and [to ensure] their participation in events during the Games,” he added.

The ROC remains a member of the IOC despite demands from some Western countries and their allies for Russia to be expelled from all international sporting federations.

Amid those calls, the likes of Russian Tennis Federation president Shamil Tarpischev – who is a personal member of the IOC – has said it is far too premature to speculate about a potential ban on Russians from the 2024 Games. 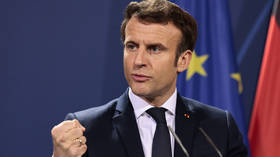 “We have to wait and see how the situation in the world develops. In any case, it will be the decision of the International Olympic Committee,” said Tarpischev when discussing the case of Russian tennis players.

The IOC recommended on February 28 that Russian and Belarusian athletes should not be invited to international events wherever possible. That stance has since been adopted by federations across a wide range of sports.

IOC president has defended that decision by claiming it partly protects Russian and Belarusian athletes from aggression they would face outside their countries.

Numerous Russian athletes and officials have described the bans as discriminatory and allowing politics to undermine sporting principles.