EU import ban may result in a 20% drop in production, the International Energy Agency says 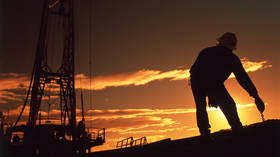 Production of crude in Russia may fall by roughly 20% by the beginning of the next year as the ban on imports of the country’s oil imposed by the EU comes into effect, according to the International Energy Agency.

EU member states are set to stop purchasing crude from Russia starting December 5, while the bloc’s ban on Russian oil-product shipments takes effect from February 5. The agency projects gradual monthly declines to begin this month as Russia cuts back refining, while the embargo will quicken the process.

So far, Russia managed to successfully redirect its crude flows to Asia away from the EU, historically its biggest energy customer, with oil output steadily rising over the past several months and reaching nearly 10.8 million barrels a day in July.

The data compiled by the agency shows that in June China imported 2.1 million barrels of Russian oil per day, having overtaken the EU as the top market for Russia’s seaborne crude. Meanwhile, EU countries purchased some 1.8 million barrels per day.

“July numbers for now are identical for the two regions, but China-bound volumes are likely to gain more as the “unknown” destination voyages are completed,” the IEA said.