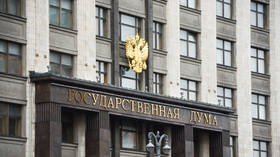 Lawmakers in Moscow approved the first stage of a bill on Tuesday allowing authorities to provide a “prompt symmetrical response” to countries that restrict the activities of Russian media.

The State Duma, the lower house of the country’s parliament, said in a statement that the legislation would give the prosecutor general the right to restrict or prohibit a foreign state’s media outlets in Russia.

This power could be invoked in response to “a foreign state’s unfriendly actions against Russian media abroad,” according to the statement. Foreign media correspondents could lose their accreditation as part of the measures.

“Thus the goal of providing a prompt symmetrical response to unfriendly actions against the Russian media would be achieved,” the authors of the legislation said.

The bill also amends existing law by providing the prosecutor general’s office with the power to withdraw registration or to terminate a broadcasting license of any media in certain circumstances. 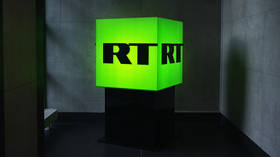 These include involvement in the “distribution of illegal, dangerous information,” demonstration of “clear disrespect for the society, state and constitution,” or dissemination of information “aimed at discrediting the Armed Forces of the Russian Federation or related to the introduction of political and economic sanctions against the Russian Federation by foreign states.”

Currently, only a court has the power to withdraw media registration or to revoke a license.

In response to the launch of Russia’s military offensive in Ukraine, the West has introduced various hard-hitting sanctions on Moscow, including the imposition of bans and restrictions on certain media outlets. As a result of these measures, RT and Sputnik broadcasts – and even their accounts on some social media platforms – are inaccessible in EU territory. Australia, Canada and the UK have followed suit. The US has a constitutional ban on overt censorship, but YouTube has blocked RT and Sputnik accounts.

Russia has retaliated by blocking the websites of several Western state outlets, such as the BBC, Deutsche Welle, Svoboda, and the US-run Radio Free Europe/Radio Liberty. Earlier this month, Moscow also revoked the visas and credentials of the CBC, citing Canada’s decision in March to ban RT’s English and French broadcasts.