The player died at a training session for the SKA St. Petersburg youth team 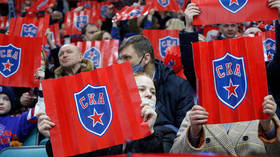 Authorities in the Russian city of St. Petersburg have begun a criminal investigation into the circumstances surrounding the death of a young hockey player at local team SKA.

The youngster, named as Vsevolod Malkov from a crop of players born in 2008, died after being struck by a puck at a training session on Thursday.

The team announced the news on its website, describing the incident as “a terrible tragedy occurred for the entire hockey family.”

“During one of the exercises, after a defender [shot], the puck hit the player in the chest in the heart area. The team doctor immediately assisted the hockey player and called an ambulance, which carried out resuscitation measures.

“The player’s heart was able to start, he was taken to the hospital, but the boy could not be saved,” added a press release from the KHL team. 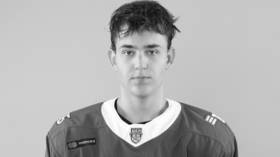 SKA, which is one of Russia’s biggest and most successful hockey teams, expressed its condolences to the family of the young player, vowing to provide whatever assistance necessary and to conduct its own investigation.

The case has also been taken up by the local authorities, which announced they were initiating a criminal case based on potential “infliction of death by negligence.”

“According to preliminary data, on the afternoon of August 11, 2022, a puck got under the protective armor of sports uniforms while practicing game moments on the ice,” said a statement from the Investigative Committee.

The head coach of SKA men’s team, Roman Rotenberg, said he and others at the organization were “shocked” by the tragedy.

“I did not sleep all night and thought about the boy. It is difficult to find words to express all the bitterness and pain of loss, this is an irreparable loss for our academy, for the club, for the entire big hockey family,” he said.

“There is nothing worse than the death of a child. We will definitely provide any necessary financial support to his family. Each of us deeply mourns with the boy’s relatives, he will forever remain in our hearts.” 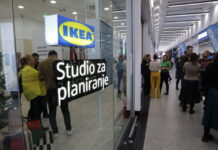 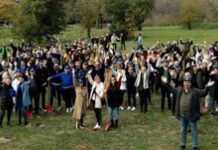 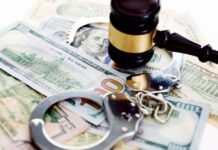