Losing gas supplies from Russia would lead to a serious shortage of fuel for the country's industry and service sector, a study says 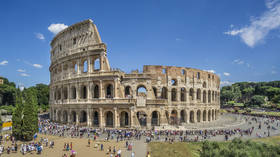 An embargo on Russian gas could lead to a serious shortage of fuel crucial for Italy's industrial and service sectors, according to a study published on Saturday by the association of Italian industrialists Confindustria.

“A possible blocking of natural gas imports from Russia, Italy's main supplier in recent years, could have a very strong impact on the already weakened Italian economy. Such a shock would cause a serious shortage of gas volumes for industry and services and an additional increase in energy costs,” the analysts behind the study state.

The study claims that Italy being deprived of Russian gas would knock an average of 2% per year off of GDP in 2022-2023.

Analysts warn that after a drop in economic growth by 0.2% in the first quarter, “in the second quarter of 2022 the scenario for Italy remains difficult due to the continuation of the conflict in Ukraine.” 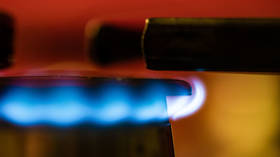 “Data for April and May confirm a combination of rising commodity prices, supply shortages and high uncertainty. At the same time, low rates of [Covid-19] infections could support consumption. Overall, however, the trend still looks negative,” the study concludes.

Along with Germany and other European nations, Italy has been moving toward reducing dependence on Russian energy after Moscow launched its much-criticized military operation in Ukraine in February. The conflict and the ensuing Western sanctions against Russia have put the availability of Russian energy supplies on the global market in jeopardy and propelled energy prices higher.

Italy’s Minister for Ecological Modernization and Transformation Roberto Chingolani recently said that the country would be able to completely reject Russian gas imports only by the second half of 2024.

However, at the moment Italy continues to import the commodity, with 45% of its needs covered by Russia. Last week, Rome reportedly allowed companies to open ruble accounts at Russia’s Gazprombank in order to comply with the ruble payment scheme and avoid a supply cutoff.