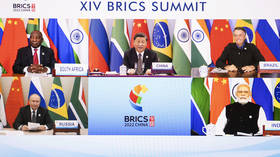 Russian Sports Minister Oleg Matytsin has said his country is working on new formats for competitions with partners in the BRICS group of nations, adding that he does not fear a wave of Russian athletes changing their citizenship in the face of international bans.

Russian athletes find themselves barred from global competition across a range of sports after a recommendation by the International Olympic Committee (IOC) following the onset of the conflict in Ukraine back in February.

According to Matytsin, world sport cannot hope to thrive without Russian participation – and in any case, the situation provides an opportunity for closer sporting ties with the BRICS (Brazil, Russian, India, China, and South Africa) and SCO (Shanghai Cooperation Organization) groups of nations.

“We’re working on various formats with the BRICS and SCO countries, four billion people live there, this is not an alternative to the world championships, but new formats,” Matytsin said at the Russian athletics championships in Cheboksary, according to RIA.

“I think that in any case, this period [of Russians being banned] will not last long, world sport will not be able to live without Russian athletes for a long time.” 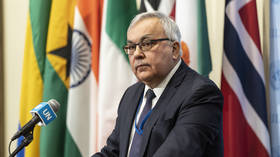 The current bans on Russian athletes has triggered debate inside the country about a possible wave of talent seeking alternative citizenship to be able to compete.

The likes of tennis stars Andrey Rublev and Daria Kasatkina recently did not rule out the move, while some political figures have claimed such a step would be tantamount to treason – a position which the Kremlin suggested it did not agree with.

Matytsin told reporters on Tuesday that he was not fearful of an exodus of Russian athletes changing their sporting colors.

“I’m not afraid that they will change citizenship, I see no objective reasons,” said the Russian sports official.

“Prize money is not a panacea for everything, the system that we have in Russian sports involves not only prize money, but also social guarantees, training opportunities, and so on.

“But I don’t see such risks. We will overcome this difficult temporary period, it must be used for the development of our sport.”