Russia weighs in on nukes in the Baltics 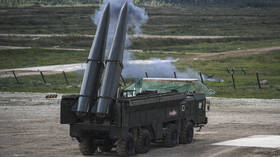 The move by Finland and Sweden to join NATO won’t be left without a Russian response, but it’s premature to talk about it including relocation of nuclear weapons closer to the two Nordic countries, Russia’s deputy foreign minister Alexander Glushko has said.

“It’s too early to speak about this,” Glushko told journalists on Friday when asked if NATO membership of Helsinki and Stockholm could prompt Moscow to place its nukes in the Baltic region.

Both Finland and Sweden stayed out of NATO during the Cold War, but the governments of the neighboring countries have said they've reconsidered their stance after the launch of Russia's military operation in Ukraine in late February. Media reports claim Helsinki and Stockholm could apply for admission the US-led military bloc in the coming days. 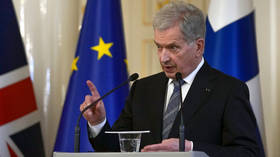 The deputy FM pointed out that by becoming NATO members Finland and Sweden would “actually give up… on their non-nuclear status.”

“Those countries will participate in NATO’s nuclear planning group,” despite for decades pushing for non-proliferation and for the destruction of such weapons, he said.

NATO's expansion towards its borders is seen as a major threat by Russia and the addition of new members, if it happens, will be met with appropriate countermeasures by Moscow, Glushko insisted.

The decisions on those countermeasures “obviously, won't be emotional, but based on thorough and calibrated analysis of all the factors that affect the security situation in this region,” he said.

Russia, on its part, doesn't see any reasons for Finland and Sweden to seek NATO membership as it has no hostile intentions towards those countries, Glushko assured.

This proposed new expansion of NATO will only add tensions to the region, the diplomat pointed out, explaining that, as soon as the membership of Helsinki and Stockholm would be approved, the bloc will instantly claim that “its northern flank is vulnerable…” ; that the inclusion of Finland has led to “the border between NATO and Russia growing by 1,300 km. This border must be protected, that's why we need to deploy additional contingents there and so on.”