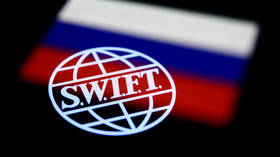 Russia wants its main agricultural lender Rosselkhozbank to be reconnected to the SWIFT financial network, in order to free up Russian grain and fertilizer exports, Deputy Foreign Minister Sergei Vershinin said on Saturday.

“This is not the first time we are discussing this because, from my perspective, reconnecting Rosselkhozbank, which provides the majority of agricultural transactions is a key issue… We have discussed this issue and received assurances again from the UN representatives that they also consider this issue to be vital,” Vershinin told reporters.

His comments follow a meeting with senior UN officials on Friday, addressing the deal guaranteeing safe passage to Ukraine’s grain exports via the Black Sea. Under the pact, brokered in July by the UN and Türkiye, Russia sought a sanctions reprieve for its own agricultural trade, but has since voiced discontent with UN efforts to lift Western restrictions affecting the sector.

While the sanctions do not directly target Russia’s agriculture, they affect payments, insurance and shipping. Many Russian banks were disconnected from the SWIFT financial messaging system earlier this year, making it difficult to carry out direct settlements for exports. 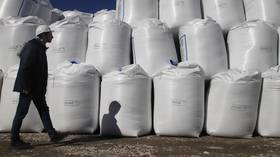 According to Vershinin, one way to ease the problem would be to open correspondent accounts in foreign banks, such as Citibank and JPMorgan, to facilitate payments for Russian exports.

“This option, if anything, can only be temporary, because the real solution is a full reconnection to the SWIFT financial messaging system of Rosselkhozbank,” he stressed, adding that the issue needs to be resolved before the grain deal expires on November 19.

Vershinin noted that Moscow has not yet agreed to extend its participation in the deal. Previously, a number of top Russian top officials warned that the country could choose to exit the agreement, if the UN does not fulfil its pledges regarding Russian exports.