Russia sounds the alarm over children listed by Ukraine as enemies 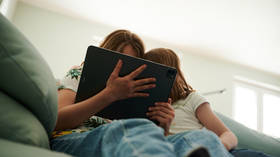 Russian human rights activists have discovered that the notorious Ukrainian website Mirotvorets (Peacemaker) features the personal details of 327 children. The revelation prompted the Russian authorities to share their concerns over this “huge injustice” with UN Secretary General Antonio Guterres.

Since 2018, the website has published personal details – names, addresses, photos, social media pages – of children, the youngest of whom is not even 10 years old yet, the head of the Foundation for the Fight against Repressions, Mira Terada, said at a press conference in Moscow on Thursday. The latest post was dated by February 4, 2022, she added.

The Mirotvorets website was created in 2014 as a public database of “pro-Russian terrorists, separatists, mercenaries, war criminals, and murderers.” It was reportedly launched under the initiative of Anton Gerashchenko, an official adviser and a former deputy minister at the Ukrainian Ministry of Internal Affairs. He endorsed the project and often made statements on its behalf. Mirotvorets is widely believed to be run by Ukraine’s Security Service.

According to Terada, the website’s servers are located in the US, which, she said, could mean it “was created with the support of American citizens or companies, probably not without the participation of special services.”

“The human rights activists of the Foundation for the Fight against Repressions came to the conclusion that, as of today, the Ukrainian resource database contains personal data of at least 327 underage residents of Russia, Ukraine, Belarus, and Armenia, of which 162 are girls and 165 are boys,” Terada said.

The reasons for including children in the database are “as absurd as possible,” she added.

“Each child is cynically accused by the administration and the creators of the resource of committing deliberate acts against the national security of Ukraine, peace and international law and order,” Terada said. According to her, many children have received threats of physical violence and of other types. Nevertheless, she claimed, “the Ukrainian government categorically refuses to restrict access to Mirotvorets.” 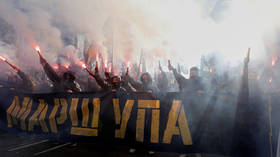 “Only through joint efforts of the UN, UNICEF, Russian and international human rights organizations, it is possible to achieve a complete blocking of the Mirotvorets resource and the complete removal of the personal data of children and their parents,” the human rights activist concluded.

Terada’s call was supported by the deputy head of Russia’s mission to the UN, Dmitry Polyansky. Speaking via videolink from New York, he said Russian diplomats had previously raised the issue of the violation of children’s rights – which he described as a “huge injustice” – with the UN secretary general and with UNICEF, but “no active actions followed.”

Further discoveries made by the Foundation for the Fight Against Repressions prompted Polyansky to raise the issue again in a letter to Guterres, which he sent on Wednesday.

“Our task is to show international organizations, our partners, who claim to belong to the civilized world, what is really happening in Ukraine,” the diplomat said.

The Mirotvorets project gained notoriety in 2015, when writer and historian Oles Buzina and politician Oleg Kalashnikov were assassinated in Ukraine after their profiles appeared on the website.

In 2016, EU officials and journalist groups condemned Mirotvorets for leaking data on more than 4,000 members of the media.