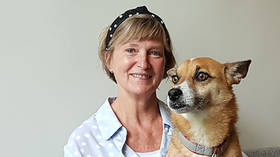 Russia’s Foreign Ministry has condemned a Norwegian consul for a “hateful” tirade after a video emerged allegedly showing her arguing with the staff at a Russian hotel.

“The Russian Foreign Ministry is now considering options on how to respond to this outrageous act of hatred, nationalism and xenophobia,” spokeswoman Maria Zakharova wrote on her Telegram channel on Saturday.

“Unless Norway’s Foreign Ministry beats us to it. It would be the right thing to do,” Zakharova added, apparently expecting an immediate reaction from Oslo. Norway has not commented on the matter.

Zakharova was reacting to a video posted by the Russian news outlet Mash that allegedly shows Elisabeth Ellingsen, a Norwegian consul stationed in the northern Russian city of Murmansk, being rude during an argument with the staff at a Russian hotel.

“I hate Russians,” the woman says in English. “You know, I’m used to [staying in] clean rooms. I’m from Scandinavia, not some Russian woman.”

It was not clear when the video was made. According to Mash, Ellingsen was complaining because she had been told to wait until her room would be ready.
“This is f***ing irritating,” the woman tells the staff at the front desk in a profanity-laden rant. “You’re just f***ing up everything.”

“This hotel is a disgrace, and you people in general [are] also a disgrace,” she says.

According to Mash, Russian police are investigating the incident.