Russia sets out how it will financially support new regions

Donbass, Kherson and Zaporozhye may be exempt from income tax for 10 years, according to a government plan 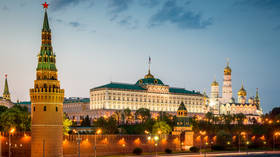 Russia’s Ministry of Economic Development announced on Wednesday that it will launch a state financing program to support the Donetsk and Lugansk People’s Republics, as well as Kherson and Zaporozhye Regions. According to the ministry’s statement, the territory has “huge economic and industrial potential.”

The statement highlighted plans to pass a federal law on the creation of a common free economic zone for the new regions with preferential treatment for investors, with tax and non-tax incentives guaranteed within its framework. These will be similar to the incentives provided in the free economic zone of Crimea and Sevastopol.

“The accession of new territories in the Russian Federation will ensure an increase in nationwide indicators on such main sectors as the metals industry (by 20%), coal sector (by 6%), grain production (by more than 10%), sunflowers (over 20%),” Deputy Minister Sergey Nazarov said.

He pointed out that the “gross regional product of new regions will amount to three trillion rubles ($50 billion) within five years.”

According to him, the special provisions could see an exemption from federal income tax for 10 years and the payment of no more than 13.5% to the regional budget.